Rivals Blame Each Other As Yemen Ceasefire Ends 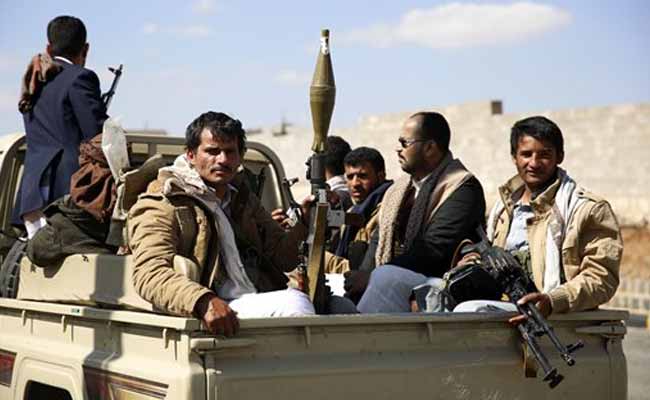 Four Huthis were killed in an air strike by the Saudi-led coalition. (File Photo)

A fragile 48-hour ceasefire in Yemen ended on Monday after failing to stem violence across the country, with each side blaming the other for violating the United States-backed truce.

The ceasefire, aimed at ending the chaos and bloodshed that has gripped the Arabian Peninsula country since March 2015, came into effect on Saturday following the intervention of US Secretary of State John Kerry.

But despite a lull in air strikes on the rebel-held capital, both parties traded accusations about hundreds of violations.

Promoted
Listen to the latest songs, only on JioSaavn.com
The Saudi-led coalition said the truce ended at midday on Monday, and accused Iran-backed insurgents of repeatedly breaking it.

"There is no respect (for the truce), only violations," coalition spokesman Major General Ahmed Assiri told AFP.

"There have been more people killed in (the southwestern city of) Taez and more attacks with surface-to-surface missiles, so automatically the conditions are not there" for prolonging the ceasefire, he said.

"At the military level, for the moment, we have no orders to extend the ceasefire. It's over."

The coalition had said the truce could be renewed if the rebels abided by the it and allowed aid deliveries into besieged cities.

But each side accused the other of incessantly breaking the ceasefire's conditions, and violence flared as its expiration loomed.

Fifteen rebels and nine loyalist troops were killed in clashes overnight in and around Taez, military and medical sources said.

Four civilians were also killed and 11 wounded in rebel bombing of loyalist-held neighbourhoods, the sources said.

The offensive targeted an air defence base, they said, and witnesses reported loud explosions.

Four Huthis were killed in an air strike by the Saudi-led coalition.

The ceasefire was the latest international attempt to end Yemen's 20-month conflict, which the United Nations says has killed more than 7,000 people and wounded nearly 37,000.

The Huthis overran Sanaa and other parts of the impoverished country in September 2014, prompting the Saudi-led coalition to intervene six months later in support of President Abedrabbo Mansour Hadi.

Pro-Hadi forces said on Monday they repelled a rebel attack on their positions in Sarwah in Marib province, east of the capital.

The ceasefire had appeared shaky from the outset, and Assiri accused the rebels of 563 violations in Yemen and another 163 cross-border violations in Saudi Arabia.

A spokesman for renegade Yemeni troops allied with the rebels accused the pro-Hadi forces of more than 100 violations.

Local aid activists and witnesses also accused the insurgents of preventing an 18-truck relief convoy from reaching Taez on Sunday.

Separately on Sunday, a US drone strike on a vehicle killed a suspected Al-Qaeda Islamic judge in the central province of Baida, a security official told AFP.

The suspected militant was identified as Abu Hammam al-Ibbi, who was also an imam in Baida.

Washington regards Al-Qaeda's Yemen-based branch to be its most dangerous, and has kept up a long-running drone war targeting its commanders.

Al-Qaeda and the Islamic State group, which have exploited the conflict to gain ground in lawless parts of Yemen, are generally excluded from ceasefires and are attacked by both the coalition and US drones.