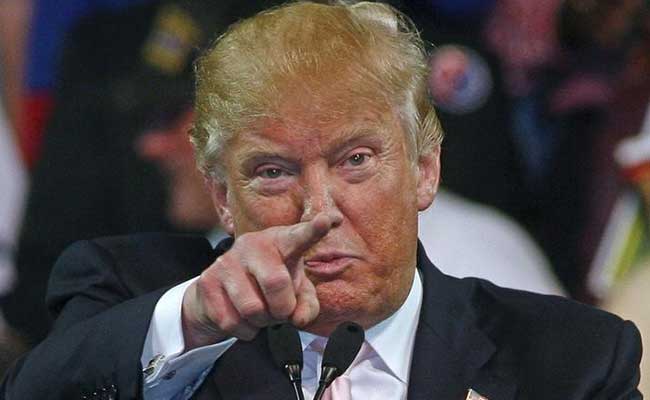 Donald Trump's policies are often at odds with those of conservatives, and his comments on the campaign trail have often been both incendiary and crude.

Washington: Republican leaders in the US Congress condemned white supremacist groups on Tuesday after their party's front-runner in the presidential contest, Donald Trump, failed to disavow support for an ex-Ku Klux Klan leader, but the leaders declined further comment on Trump's controversial White House bid.

The comments from the two top Republicans in the US Congress, House of Representatives Speaker Paul Ryan and Senate Majority Leader Mitch McConnell, came as many of the party's lawmakers struggle to come to terms with the growing possibility that Trump will be their nominee.

Trump's policies are often at odds with those of conservatives, and his comments on the campaign trail have often been both incendiary and crude.

He has racked up victories in three of the four states that have already held their nominating contests. The comments from Ryan and McConnell coincided with "Super Tuesday," the biggest voting day in the race to pick the 2016 presidential nominees for the November election.

Ryan said any Republican nominee must reject any group "built on bigotry" while McConnell said Senate Republicans condemned groups such as the Klan and "everything they stand for."

The Klan, whose roots reach back to the Civil War, is known for its segregationist, racist views.

In an interview with CNN on Sunday, Trump did not immediately repudiate support from David Duke, a former Klan leader who is also a former Louisiana state representative. Trump later said he had not heard the questions well because of a bad earpiece.

Both Ryan and McConnell said they did not want to weigh in further on the presidential race, something they have declined to do for months.

Ryan, a former vice presidential candidate who will chair the Republicans' national convention in July, reiterated on Tuesday he would support whomever is his party's nominee.

A number of Southern states are among the 11 states holding Republican nominating contests on Tuesday, including Virginia, and opinion polls show Trump is likely to consolidate his status as the favorite to win the nomination.

Senate Democratic Leader Harry Reid scoffed at Ryan's remark a few hours later. Reid said Republicans were afraid to withdraw their support publicly because the Trump "millions" might turn on them.

"Republicans say they'll support a man who refuses to denounce the Ku Klux Klan. So until they withdraw their support, talk is really cheap," Reid said.

McConnell sidestepped a question on whether it was true, as reported over the weekend by The New York Times, that he had told fellow Republicans in private that they could drop Trump "like a hot rock" if he becomes the party's presidential nominee.

McConnell said he did not recall saying anything like that to reporters.

In recent days other lawmakers on Capitol Hill have become more outspoken on Trump. A handful of lawmakers have endorsed him, including Senator Jeff Sessions of Alabama, a conservative.

On Sunday evening, Senator Ben Sasse, a conservative Republican from Nebraska, announced on Facebook that he could not support Trump because his "relentless focus is on dividing Americans and on tearing down rather than building back up this glorious nation.

"If Donald Trump ends up as the GOP nominee, conservatives will need to find a third option," Sasse wrote.

But in the halls of Congress on Tuesday, there appeared to be few lawmakers prepared to distance themselves from Trump who had not done so already.

Republican Senator Lindsey Graham, who gave up his own presidential quest in December, said, "The party's been burned and the country's going to get burned" by Trump.

To avoid this, he said, the party should consolidate around an opponent to Trump instead of diffusing the opposition among so many candidates.

Senator Susan Collins, a Maine Republican who had endorsed Jeb Bush before he dropped out, said lawmakers have not shied away from criticizing Trump.

"That has happened continually. Many of us did it when he made comments about John McCain many months ago," she said, referring to how Trump had mocked the military record of McCain, a Republican senator from Arizona. As a Navy pilot, McCain was shot down over Vietnam. Trump said he liked people who weren't captured.
© Thomson Reuters 2016