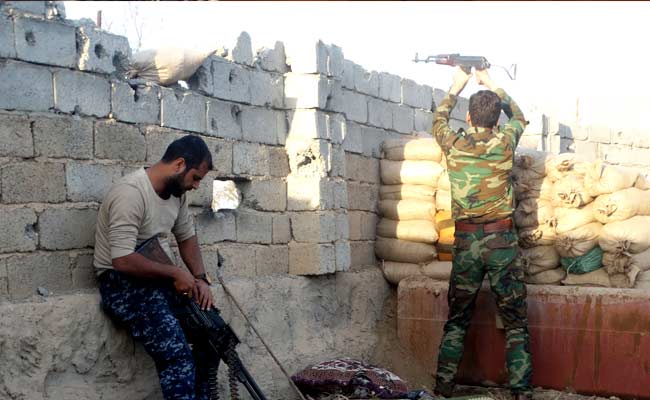 Baghdad: Decades of irresponsible arms transfers to Iraq fuelled the ISIS's firepower and ability to carry out atrocities on a massive scale, Amnesty International said in a report published today.

The London-based human rights watchdog called for tougher controls in order to put a stop to the alarming fallout from the proliferation of weapons in the country.

"The vast and varied weaponry being used by the armed group calling itself ISIS is a textbook case of how reckless arms trading fuels atrocities on a massive scale," Amnesty researcher Patrick Wilcken said in a statement.

"Poor regulation and lack of oversight of the immense arms flows into Iraq going back decades have given ISIS and other armed groups a bonanza of unprecedented access to firepower," he said.

The huge amounts of internationally manufactured weapons ISIS seized when it took Iraq's second city Mosul in June 2014 were used to take over other parts of the country and commit crimes against civilians, the report said.

Besides its massive haul in Mosul, the terrorist organisation also captured vast quantities of military equipment when it seized army and police bases in Fallujah, Tikrit, Saqlawiya, and Ramadi as well as in Syria.

As Iraq's security forces battle to recapture Ramadi, the capital of Anbar province, their task is complicated by ISIS' acquisition when it seized the city in May of what Amnesty said were "more than 100 armoured fighting vehicles, including dozens of tanks and armoured personnel carriers."

ISIS has disseminated these windfalls across its multiple fronts very effectively, with some weapons seized in Mosul in use barely two weeks later in an area of northern Syria some 500 kilometres (310 miles) away.

Amnesty inventoried the weapons ISIS is confirmed to possess and said the results "reflects decades of irresponsible arms transfers to Iraq".

While ISIS' staple remains Russian-designed weapons such as the Kalashnikov assault rifle, Amnesty found that the group has been using arms and ammunition from at least 25 countries.

In the small arms category alone, ISIS' choice of rifles ranges from the Iraqi-manufactured Tabuk to the US-made Bushmaster E2S and also includes the Chinese CQ, the German G36 and the Belgian FAL among others.

The Iraqi army's stockpile swelled around the 1980-1998 Iraq-Iran war, which the report described as "a seminal moment in the development of the modern global arms market."

Iraq was also flooded with weapons after the 2003 US-led invasion and fresh deals reached after the 2011 US pullout are continuing to pour arms into the country.

Amnesty said the export countries -- including all five permanent members of the UN Security Council -- were well aware of the risks of transferring arms to Iraq, where corruption is endemic and control mechanisms very weak.

"The legacy of arms proliferation and abuse in Iraq and the surrounding region has already destroyed the lives and livelihoods of millions of people and poses an ongoing threat," Wilcken said.

"The consequences of reckless arms transfers to Iraq and Syria and their subsequent capture by ISIS must be a wake-up call to arms exporters around the world," he said.

The rights group called for a complete embargo on Syrian government forces, and a "presumption of denial" rule on arms exports to Iraq conditioning transfers on strict assessments.

It also called for the ratification of the global Arms Trade Treaty by states that have not already done so, such as the United States, Russia and China.