Rapper Arrested For Overstaying In US, Is A British National: Immigration

Though he is often touted as a local Atlanta rapper, ICE officials say he is actually "a United Kingdom national" and has overstayed his visa. 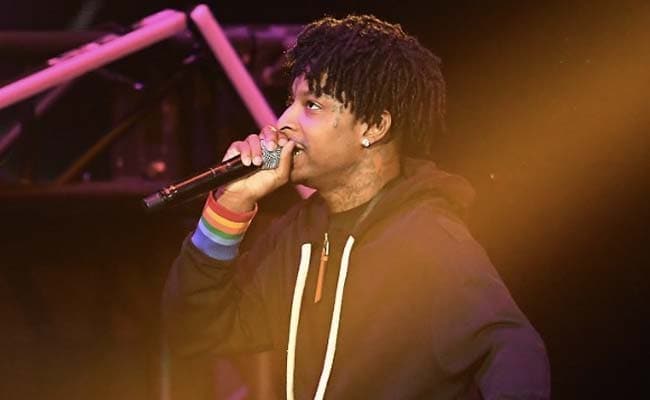 21 Savage is often praised as "one of Atlanta's most promising rappers."

Though he is often touted as a local Atlanta rapper, ICE officials say he is actually "a United Kingdom national" and has overstayed his visa.

"Mr. Abraham-Joseph initially entered the U.S. legally in July 2005, but subsequently failed to depart under the terms of his nonimmigrant visa and he became unlawfully present in the U.S. when his visa expired in July 2006," ICE spokesman Bryan Cox told The Washington Post in a statement.

"In addition to being in violation of federal immigration law, Mr. Abraham-Joseph was convicted on felony drug charges in October 2014 in Fulton County, Georgia," the statement added.

Dina LaPolt, the rapper's lawyer, told The Washington Post in a statement that she is trying to get him released and "clear up any misunderstandings."

"Mr. Abraham-Joseph is a role model to the young people in this country, especially in Atlanta, Georgia, and is actively working in the community - leading programs to help underprivileged youths in financial literacy," LaPolt said.

The rapper is best known for his single "Bank Account" as well as being featured on hit songs such as Post Malone's "Rockstar," Cardi B's "Bartier Cardi" and Drake's "Sneakin'."

His latest album "I Am > I Was" hit No. 1 on the Billboard 200 chart in January. He is often praised as "one of Atlanta's most promising rappers."

The charges came as a surprise to many fans, who long thought the rapper was from Georgia. At the time of his arrest, the Wikipedia page for the rapper says he was born in Atlanta in 1992, where he "was raised by his mother, Heather, who is of Dominican origin and his four brothers and six sisters, though one is now deceased due to a shooting after a drug deal gone haywire."

Furthermore, various profiles point to the rapper being "expelled from all DeKalb County schools for getting caught with a gun in the 7th grade." He also often spoke about "giving back" to the Atlanta community. In August, he hosted his third annual "Issa Back 2 School Drive" to benefit students from DeKalb County Schools, which helps outfit children with uniforms and school supplies.

"I might rap about a lot of stuff, but that's just a reflection of what I've been through," he said at the event. "In real life, everything I do, I want to bring everybody together. I want to give back to the community, help the kids, get them uniforms, books, book bags, everything they need . . . just do better. That's where it starts, the kids."

ICE, though, says he was born in the United Kingdom.

"His whole public persona is false," an ICE spokesperson reportedly told CNN correspondent Nick Valencia. "He actually came to the U.S. from the U.K. as a teen and overstayed his visa."

A Big Day For Sri Lanka After President Warns Of Anarchy