Questions Rebels Use to Tell Sunni From Shiite 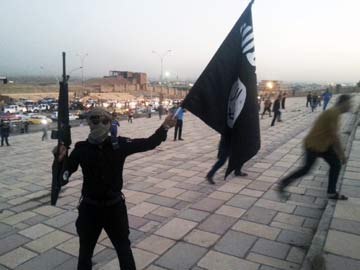 A fighter of the Islamic State of Iraq and the Levant (ISIL) holds an ISIL flag and a weapon on a street in the city of Mosul on June 23, 2014

Baghdad: Whether a person is a Shiite or a Sunni Muslim in Iraq can now be, quite literally, a matter of life and death.

As the militant group the Islamic State of Iraq and the Levant, or ISIL, has seized vast territories in western and northern Iraq, there have been frequent accounts of fighters' capturing groups of people and releasing the Sunnis while the Shiites are singled out for execution.

But how can ISIL tell whether a person is a Sunni or a Shiite? From accounts of people who survived encounters with the militants, it seems they often ask a list of questions. Here are some of them:

Q. What is your name?

A quick look at an Iraqi's national identity card or passport can be a signal. Shiites believe that the leadership of Islam was passed down through the Prophet Muhammad's son-in-law Ali and his sons Hussain (or Hussein), Hassan and Abbas, among others. While some Sunnis and members of other Islamic groups may also have those names, ISIS would most likely associate them with the Shiites.

Q. Where do you live?

In every city and province, even majority Sunni ones, there are enclaves that are known to be Shiite. People who said they came from one of those neighborhoods would most likely be killed.

Shiites and Sunnis offer prayers in slightly different ways, with Sunnis generally folding their hands or crossing their arms in front of their stomachs and Shiites leaving them extended, palms resting on their thighs.

In a chilling video that appeared to have been made more than a year ago in the Anbar province of Iraq, ISIL fighters stopped three truck drivers in the desert and asked them whether they were Sunnis or Shiites. All three claimed to be Sunni. Then the questions got harder. They were asked how they performed each of the prayers: morning, midday and evening. The truck drivers disagreed on their methods, and all were shot.

Q. What kind of music do you listen to?

Recordings of religious songs could also be a tipoff. Similarly, even the ringtone on a person's telephone could be a clue because it might be from a Sunni or Shiite religious song.

There are other clues, but none are completely reliable. For instance, a number of Shiites wear large rings, often with semiprecious stones. But so do some Sunnis, and others.

Promoted
Listen to the latest songs, only on JioSaavn.com
Generally, Iraqi Shiites and Sunnis are often indistinguishable in appearance. That is even more evident in many families and tribes in which there has been intermarriage for generations.

Given that the rigid views of ISIL are fairly well known, it is perhaps natural to wonder why hostages do not simply lie about their origins. It seems that many do, yet in very tense, perilous encounters, people can easily get tripped up. Sometimes another person in a group might inadvertently give someone away. Others refuse to lie about their faith.
© 2014, The New York Times News Service