Pakistan is set to hold general and provincial elections on July 25, with around 105 million people registered to vote. 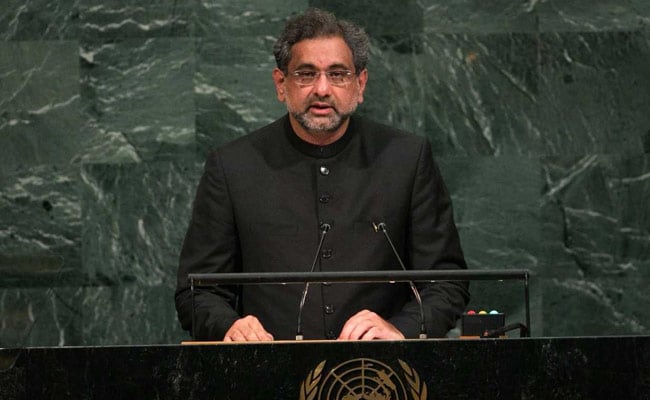 Shahid Abbasi made the appeal during the closing session of the parliament. (File)

Islamabad: Outgoing Pakistan Prime Minister Shahid Khaqan Abbasi on Thursday made an appeal to uphold and protect democracy in the country during the closing session of the Parliament, which completed its full term for only the second time in the country's 71-year-old history.

The country is set to hold general and provincial elections on July 25, with around 105 million people registered to vote, according to the Election Commission.

"Pakistan's issues can only be resolved through a government which comes through the will of the people," Mr Abbasi told Efe.

"We did experiments in the past but a non-representative government can never solve problems," he added.

Pakistan has been ruled by military junta for more than half of its independent history.

His Pakistan Muslim League (Nawaz) party, in a Twitter post, also hailed the Parliament completion of its tenure, calling it a "success-story for democracy".

Pakistan's first handover of power between two parliaments took place in 2013, when the Pakistan People's Party-led government ended its term and the subsequent elections saw the PML-N come to power.

However, neither of the Prime Ministers elected during the two governments could finish their full terms.

Leader of Opposition, Syed Khursheed Shah, also praised the completion of the term although he emphasized that there was a need to further strengthen democracy in the country.

Promoted
Listen to the latest songs, only on JioSaavn.com
After the dissolution of the Parliament on Thursday night, an interim government led by former Chief Justice Nasir-ul-Mulk will govern the country until the elections.