Master Xuecheng, the abbot of the well-known Longquan Temple on the outskirts of Beijing, has denied the allegations. 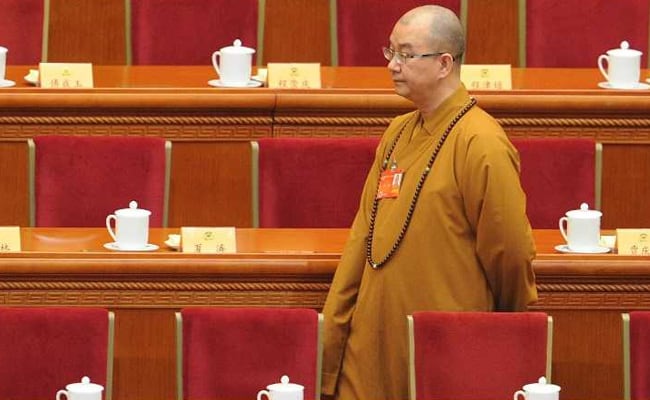 China's religious affairs administration said on Thursday it would investigate claims that a high-ranking Buddhist monk sexually harassed nuns and coerced them into sex, the latest case of a prominent figure accused of sexual misconduct in China.

Xuecheng, the abbot of the well-known Longquan Temple on the outskirts of Beijing, has denied the allegations and on Wednesday night posted a statement from the temple on his Weibo microblog account saying the allegations stemmed from "fabricated material" and "distorted facts".

The allegations against Xuecheng, who also heads the Buddhist Association of China and is a member of the Communist Party's top political advisory body, were outlined in a 95-page document prepared by two former monks at the monastery.

The document swiftly went viral on Chinese social media on Tuesday amid a wave of other allegations that has stoked heated debate and seen China's fledgling #MeToo movement gain momentum and widen to different aspects of Chinese society despite government pressure and censorship.

Included in the document were extensive details and screenshots of explicit text messages allegedly sent by Xuecheng, including claims to nuns that they could be "purified" through the physical contact and that sex was part of their study of religious doctrines.

The monastery, in its statement, acknowledged that the document was prepared by the two former monks and that it reserved the right to take legal action against them.

China's State Administration for Religious Affairs said in a statement that it had started an investigation and was treating it as a matter of "high importance".

The Chinese Buddhist Association did not immediately respond to request for comment.

(Except for the headline, this story has not been edited by NDTV staff and is published from a syndicated feed.)
Comments
China's #metooXuechengChinese Buddhist Association