Royal watchers described the interview on relationship with Jeffrey Epstein as ill-judged and excruciating. 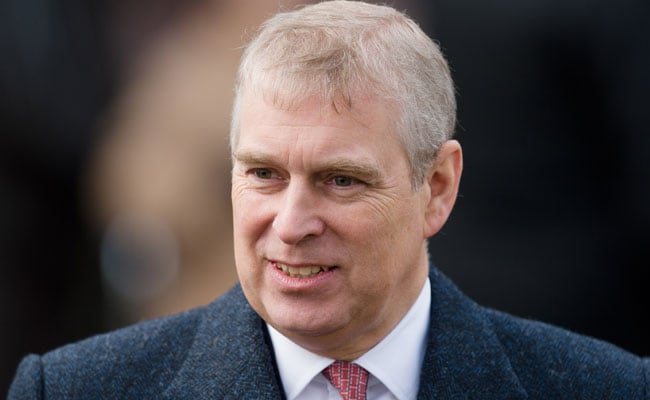 Andrew said he stayed at Jeffrey Epstein's home for four days because it was "convenient."

The BBC's extraordinary interview with Prince Andrew does not appear to be the public relations boost he may have hoped for.

It was always going to be a massive gamble, the queen's second son putting himself forward for nearly an hour of forensic questioning about his relationship with Jeffrey Epstein, the convicted sex offender who committed suicide in August.

But if Andrew was hoping to draw a line under a scandal that has dogged him for years, he came up short.

An example of some of the exchanges:

Andrew: "Do I regret the fact that he (Epstein) has quite obviously conducted himself in a manner unbecoming? Yes."

Maitlis: "Unbecoming? He was a sex offender."

The interview was undoubtedly a coup for the BBC, who were in talks with the palace for nearly a year to secure it, and for the journalist Emily Maitlis, whose interrogation has won widespread acclaim.

But royal watchers described the interview as ill-judged and excruciating.

"I expected a train wreck," tweeted Charlie Proctor, editor of the Royal Central website. "That was a plane crashing into an oil tanker, causing a tsunami, triggering a nuclear explosion level bad."

Dickie Arbiter, the queen's former press secretary, said that if Andrew thought he'd "drawn a line in the sand" over the saga, he was "in cuckoo land."

"Whomever advised he did this interview ought to collect his/her P45," he tweeted, referring to the British equivalent of a pink slip. And later: "#PrinceAndrew doesn't regret his relationship with Epstein because he made useful contacts. Dear god - no remorse for #Epstein's victims but an abundance of arrogance."

The only figure close to Andrew who has publicly defended him so far has been his ex-wife Sarah Ferguson. Before the interview was broadcast, she tweeted that he was a "true+real gentleman and is stoically steadfast to not only his duty but also his kindness + goodness."

Public relations professionals said they were surprised at Prince Andrew's willingness to sit for an interview with the BBC at Buckingham Palace.

Mark Borkowski, a public relations and crisis consultant, told The Washington Post that if asked, he would have advised the prince to "100 percent absolutely not" do the interview: "There was absolutely no reason for him to take such a leap of faith."

Rather than snuff out the scandal, Borkowski said, the interview "pumped oxygen" into it. He said some of Andrew's language was "unforgivable," as was the lack of empathy for Epstein's victims.

He also said some of Andrew's answers probably wouldn't wash with the public.

"This is what you have to think about when you are preparing people for interviews, does it pass the common sense test? And it doesn't."

Andrew told Maitlis that he flew to New York in December 2010 to end his friendship with Epstein, because breaking it off over the phone would have been a "chicken's way of doing it."

At the time, Epstein had served time in prison for child sex offenses. Andrew said he stayed at Epstein's home for four days because it was "convenient."

Andrew was also criticized for what he didn't say. He expressed no concern for Epstein's victims. "Not One Single Word of Remorse," read a front-page headline on the Mail on Sunday.

"He cares about the reputational damage to the monarchy, to himself," tweeted Catherine Mayer, a royal biographer and co-founder of the Women's Equality Party. "What sign is there of any contrition or even recognition of the damage wrought by Epstein and his circle of participants and enablers of sexual abuse?"

Andrew was repeatedly grilled about Virginia Roberts, now Virginia Giuffre, who has said that Epstein groomed her to have sex with the prince on three occasions. He said he had "no recollection" of meeting her and "categorically" denied having sex with her.

Andrew also questioned about the authenticity of a photo Giuffre has produced that shows the prince with his arm around her bare waist. Andrew said that seemed unusual because "public displays of affection are not something that I do." Another reason it seemed suspicious, he said, was his semi-casual attire, because "when I go out in London, I wear a suit and tie." And he took exception to Giuffre's account that he was sweating profusely during one encounter, saying his service as a Royal Navy pilot in the Falklands War left him with a "peculiar medical condition:" He was unable to perspire.

Social media users responded by tweeting pictures of the prince embracing women in public and walking out of a nightclub in clothes similar to those seen in the photograph with Guiffre. They also shared images they said showed Andrew sweating.

Members of the royal family usually don't comment on scandal - keep calm, carry on and don't give interviews is the go-to response - but they have on rare occasions sat down before the cameras.

Princess Diana gave an interview in 1995 to the BBC journalist Martin Bashir in which she memorably told the British public: "Well, there were three of us in this marriage, so it was a bit crowded."

Prince William and his brother Harry have spoken movingly about losing their mother and mental health issues, and Harry and Meghan have opened up recently about their struggles with some parts of the media.

But some say Andrew's interrogation stands out.

Among interviews with the royal family, Borkowski said, he has seen "nothing as so-out-of-control in my lifetime."

"This is a massive crisis," he said. "Not for the royal family - I think he will be isolated as they do, placed elsewhere - but this is significant for a man who genuinely wants to contribute to a nation in his role."

Peter Hunt, BBC's former royal correspondent, also wondered whether Andrew, reportedly the queen's favorite son, might be made to step back from his official duties.

"Will Prince Charles have the courage to do what he should do - and tell Prince Andrew to retire from public life on the basis his judgment has been called into question one too many times?" he tweeted. "Their mother won't - Andrew is one of her blind spots."