PM Modi One Of My Most Dependable Friends, Says Japan's Shinzo Abe

The Japanese prime minister also said he would like to strengthen bilateral cooperation to realise a free and open Indo-Pacific. 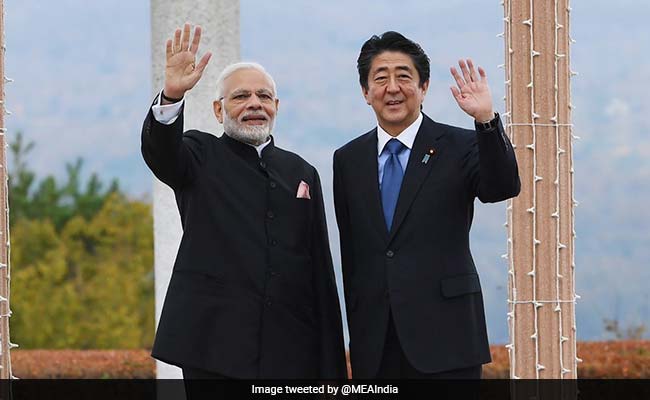 The Japanese prime minister also said he would like to strengthen bilateral cooperation to realise a free and open Indo-Pacific.

In a message to top the country, PM Abe said India is driving the region and the world's prosperity as a global power. "Prime Minister Modi is an outstanding leader of his great country."

"I have always believed and stated that the relationship between Japan and India is blessed with the largest potential in the world," he added.

Japan-India cooperation has continued to expand broadly in many fields such as security, investment, information technology, agriculture, health, environment and tourism, the Japanese leader said.

The day when Japanese Shinkansen bullet trains start running between Mumbai and Ahmedabad through cooperation will mark a shining symbol of Japan-India friendship in the future, he said.

"Prime Minister Modi, who is currently visiting Japan since yesterday, is one of my most dependable and valuable friends. On behalf of the entire Japanese government, I have the pleasure of extending him the warmest hospitality," the Japanese leader's message read.