As per the reports, the suspects broke into the woman's home and grabbed her and her baby boy, taking them to a forest in the western city of Sakarya where villagers found their bodies on Thursday. 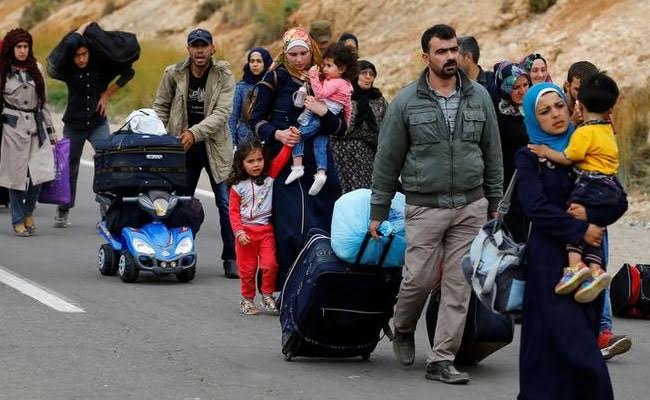 A pregnant Syrian refugee in Turkey raped and bludgeoned to death by rock-wielding attackers.

Ankara: A Syrian refugee in Turkey was raped and bludgeoned to death by rock-wielding attackers just days before she was due to give birth, and her 10 month old baby strangled, in a brutal double murder that has sparked outrage.

Turkish authorities have detained two men who reportedly confessed to what officials have branded a barbaric attack in a country that is home to nearly three million refugees from the Syrian conflict.

The suspects broke into the woman's home and grabbed her and her baby boy, taking them to a forest in the western city of Sakarya where villagers found their bodies on Thursday, Dogan news agency reported.

The two men worked at a factory with the victim's husband who they had argued with a few days earlier, Dogan reported.

The young woman was due to give birth on Friday.

Women's rights organisation We Will Stop Femicide Platform called on Twitter for 'the heaviest punishment' for the killers.

Kaya hit back at the campaign: "Those who target our Syrian brothers and sisters with provocations and manipulations are no different to the cruel Syrian regime."

Sakarya mayor Zeki Tocoglu vowed on Twitter that the perpetrators of the 'brutal massacre' would be punished.

Earlier this week, Interior Minister Suleyman Soylu was forced to respond to media reports and postings blaming Syrians for an alleged escalation in crime in Turkey.

He dismissed the claims, saying the annual rate of Syrians involved in crimes between 2014 and 2017 was just over one percent.

But he pointed to the 'very valuable' and well-educated Syrians in Turkey, including many who had careers in neighbouring Syria before fleeing the six year conflict.

The murders also come amid increasing levels of violence against women in Turkey.

Promoted
Listen to the latest songs, only on JioSaavn.com
In its latest report, the group said 35 women were killed in June.

(This story has not been edited by NDTV staff and is auto-generated from a syndicated feed.)
Comments
pregnant syrian refugee killedSyrian CrisisSyrian refugee