How To Predict Trump's Next Move? Some In China Go To Fortune Tellers

The trade dispute has not only raised uncertainty over China's economic growth, it has also unsettled the lives of some ordinary Chinese people. 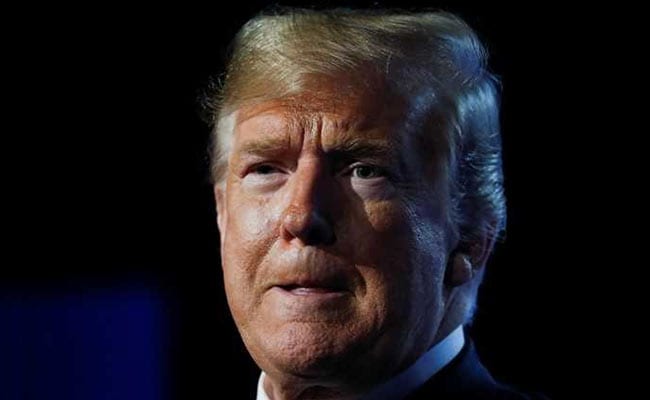 As analysts crunch trade data and political commentators dissect official statements for signs of how the Sino-American trade war will develop, some ordinary Chinese are using different sources to predict US President Donald Trump's next moves: fortune tellers.

Armed with photos of Trump and his date of birth, the superstitious in China are turning to the divine - from masters on cosmic energy to experts on ancient spirits - for tips on what the president has got up his sleeve in the escalating trade spat between the world's two largest economies.

The trade dispute has not only raised uncertainty over China's economic growth, it has also unsettled the lives of some ordinary Chinese people, who are seeking advice on things like where to invest, how to run their business and even whether or not they should pursue plans to emigrate to the United States.

Victor Ng, a Feng Shui master from a line of famous practitioners in Hong Kong, says he usually analyses the birth date and time of birth of his clients for insights. With the trade row dominating headlines and increasing uncertainty about the future, he has been adding some ingredients to the mix.

"Because this time the US-China trade war is ongoing, I will also look at the fate of the leaders of the US and China - for instance, Xi Jinping's birth date and the birth date of Donald Trump. This is how we analyse the situation," he said.

In the western city of Xi'an, fortune teller Xie Xianglin says he has seen "many, many more" people approaching him for readings on the future of the trade war. Most are entrepreneurs and investors, said Xie, who charges 500 yuan ($73) to analyse the relevant spirits.

"Seven people have asked about investment and also about emigration trends," he said of recent visitors.

In Shanghai's leafy Fuxing Park, for at least three weekends in a row in July, heated debate broke out intermittently between retirees discussing the victims and villains of the trade war.

The park is an unofficial meeting ground for retirees at the weekend - and more recently, some have appeared there brandishing photos of Trump and his birth date looking for tips on his next step, said three people who had seen it happen.

Chinese people, including the country's leaders, have a long tradition of putting their faith in soothsaying and geomancy, looking for answers in times of doubt, need and chaos.

Members of the ruling Communist Party, however, are officially banned from participating in what the government dubs superstitious practices, including visiting soothsayers.

For investment broker Ricky Fong, readings by Ng, a master of the ancient Chinese belief in a system of laws that governs energy, or Feng Shui, have helped him navigate the impact of the trade war on his business.

"When it comes to the US-China trade war, in my view the importance is huge, with regards to investment - really big," said Fong, in Hong Kong.

"Master Ng gives me a lot of very detailed data to work with. When it comes to the traditional financial tools they also provide data, but the Feng Shui master gives me another kind. He can use traditional methods to read my fate, and tell me how to better handle the situation," Fong added.

Recently, amid the trade war, Ng advised Fong to invest in Kuangchi Science Ltd after a reading of the company stock number and Fong's birth date, which Ng believes gives an indication of a person's fortune with a particular firm. Fong says he bought at 0.375 per share and sold at 0.77 per share.

For now, at least some readings on the fate of Trump and the trade war are pointing in the right direction.

"The trade war will end up with a reconciliation in the near future," said fortune teller Xie, who offered a free reading to Reuters.