One Dead After Drive-By Shooting Outside Top Melbourne shooting Nightclub

Police said four men -- three security guards and a patron waiting to get in -- were shot outside the Love Machine club in the trendy inner-city suburb of Prahran early Sunday morning. 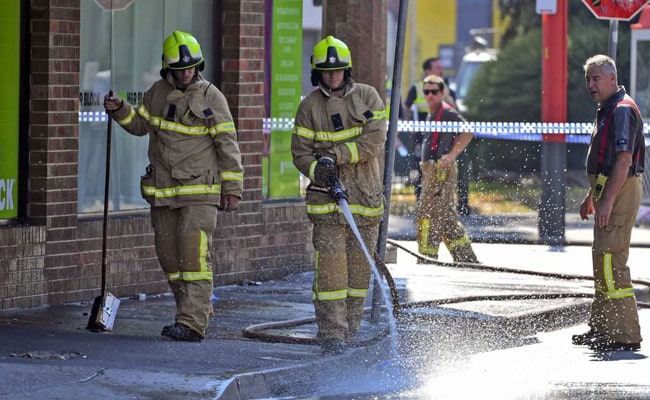 A security guard is dead and another man is fighting for his life after a drive-by shooting outside a popular Melbourne nightclub, police said Sunday, amid a spate of gun violence in Australia's second-largest city.

Police said four men -- three security guards and a patron waiting to get in -- were shot outside the Love Machine club in the trendy inner-city suburb of Prahran early Sunday morning.

"It would appear that shots have been discharged from a car in this area into a crowd that was standing outside the nightclub," Victoria Police Inspector Andrew Stamper told reporters.

The 37-year-old security guard was taken to hospital but died soon after.

A 28-year-old man was in a critical condition, while two others aged 29 and 50 had non-life threatening injuries, police said.

A police spokeswoman told AFP the shooting was not believed to be linked to terrorism.

Police were also probing whether a black Porsche SUV seen leaving the area and later found burnt out in another suburb was linked to the shooting.

The latest incident came after a spate of shootings in Melbourne in March that left five people dead in four separate incidents. Two of the incidents were believed to be gang-related.

Stamper stressed that there was "nothing to indicate" that the shooting was part of a "broader agenda".

Mass shootings are rare in Australia, which has strict firearms laws introduced in 1996 after 35 people were killed by a gunman in Port Arthur.

A murder-suicide last year which left seven members of a family dead in Western Australia was the country's worst mass shooting since the Port Arthur attack.