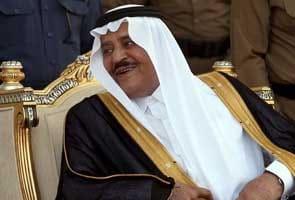 Cairo: With the presidents of Egypt and Tunisia tumbling and much of the region churning this past February, Prince Nayef bin Abdul Aziz, the veteran Saudi interior minister who is expected to be elevated to crown prince this week, swept into a private Riyadh home where he had summoned leading editors and columnists to dinner.

In a belligerent mood, he lectured them about how the Tunisians were basically French, and the Cairenes louche urbanites, whereas Saudis were bedrock Arabs who relished their traditional political system, according to several accounts.

A question about whether the kingdom would improve its dismal relations with the Muslim Brotherhood, which was surely coming to prominence in Egypt, ignited a tirade: Prince Nayef lambasted the questioning journalist, excoriating him as a terrorist sympathizer and raging on until 4 a.m. about the many plots targeting the House of Saud.

It was a classic moment in the long public service of Prince Nayef, who has been interior minister since 1975. He is ostensibly open, Saudi experts say, yet so utterly convinced of his own world view and so bent on eradicating any real or perceived threat to the rule of his family - with particularly animosity toward Iran, Shiite Muslims or Islamist extremists - that he seems entirely unreasonable at times. But many analysts dismiss as too simplistic a popular perception that he is only a staunch champion for the many social and religious conservatives in the birthplace of Islam.

"Nayef is widely seen as a hard-line conservative who at best is lukewarm to King Abdullah's reform initiatives," said an October 2009 American diplomatic cable that was obtained via WikiLeaks. "However, it would be more accurate to describe him as a conservative pragmatist convinced that security and stability are imperative to preserve Al Saud rule and ensure prosperity for Saudi citizens." The cable goes on to describe his multifaceted personality as "elusive, ambiguous, pragmatic, unimaginative, shrewd and outspoken."

With King Abdullah, 87, just out of the hospital for back surgery, Crown Prince Sultan dying last week with the next heir as yet unnamed, and Saudi Arabia's being perceived as the heart of the counter-revolution in an unsettled region, Saudis found themselves more on edge than usual over the weekend.

For the first time since the opaque kingdom was founded in 1932, the heir died before the monarch - who in the past always chose his own successor. But in 2006, King Abdullah formed an Allegiance Council meant to decide the question of succession and at some point open it to a younger generation.

Many hope the council, believed to have 33 members at present, will exercise its prerogative for the first time by anointing Prince Nayef. Prince Talal and other older brothers unlikely to be named king might delay it by horse trading. But it could happen as early as Tuesday, to allow those attending Prince Sultan's funeral to both voice condolences and to pledge fealty to the new heir. (Among those expected to attend is Vice President Joseph R. Biden Jr., the White House said Sunday.)

"People are really concerned about how the succession is going to proceed," said Khalid Dakhil, a political analyst, noting that there is great hope the king will inaugurate the council. "The point is to have a law, to have an institution, to have a legal procedure," he said. "It is a step in the direction of political and constitutional reform."

Prince Nayef, born in 1933, has never shown much enthusiasm for reform or open government. He, too, has health problems like many of his elderly brothers and half-brothers - he is believed plagued by weak knees - and they share certain touches of vanity, such as dyeing their moustaches black. Unlike many of them, he displays a strong work ethic, putting in long hours at the ministry, and does not overtly involve himself in his private business deals, Saudi analysts said.

His sprawling ministry controls a paramilitary force of about 130,000 men, the secret security services, all the national and local police, customs and immigration, the coast guard and the border guard, among other institutions. It also is responsible for the notorious religious police who ensure public respect for strict Islamic practice, like women wearing veils and stores closing at prayer times.

Since the Arab uprisings began in January, his ministry has instigated a long list of crackdowns and rule-tightening.

Among them has been a running dragnet to arrest anyone whose political activism might be designed to start a movement. One woman spent an unprecedented nine days in jail last spring for challenging the Saudi ban on women driving, while about half a dozen more face court cases and possible flogging. The police arrested five young activists in the past couple weeks for putting up two short YouTube videos highlighting poverty and shoddy government construction.

In April, the government introduced a draconian and vaguely worded press law pushed by Prince Nayef that made it illegal to threaten national security or insult Islam as well as its senior representative, the grand mufti. "It is safer to shoot someone than to talk in the media," joked Abdulaziz M. AlGasim, a lawyer.

Prince Nayef has a reputation for rejecting any criticism of the kingdom's puritanical Wahhabi sect of Islam, which is both the main pillar of Saud rule and a source of instability. He blames Islamic extremism globally on the Muslim Brotherhood, feeling betrayed that the kingdom took in members while they were being persecuted by Egypt's Arab nationalist leader Gamal Abdel Nasser in the 1960s, only to have them establish a competing political ideology.

But that does not necessarily signal that he his devout. "There is a distinction between being cautious and being religious," said Robert Lacey, an author of two books about the kingdom.

After the Sept. 11, 2001, hijackings, Prince Nayef infamously supported the favorite Middle East conspiracy theory that the attacks were a Jewish plot and insisted that it was impossible that 15 of the 19 hijackers could have come from Saudi Arabia, or that if they had, they were misled by the Muslim Brotherhood. "The Saudis are being framed," he said at a news conference at the time.

Prince Nayef reversed course with energy after Al Qaeda ignited a series of bloody terrorist attacks inside the kingdom in 2003. He put his American-educated son Mohamed in charge of the effort, eventually appointing him assistant minister.

One brother is already his deputy, and he brought in another son, Saud, earlier this year, making the four top positions in the Interior Ministry all held by close relatives. Yet in an interview with The New York Times in 2001, he flatly denied that the family played favorites.

Prince Nayef is believed to have eight children from at least two wives, according to a book about succession by Joseph Kechichian, who noted that family issues were notoriously difficult to confirm. The prince is one of the powerful Sudeiri seven, seven brothers, including the late King Fahd and Prince Sultan, named after the tribe of their mother, a favorite wife of King Abdul Aziz.

Promoted
Listen to the latest songs, only on JioSaavn.com
The fact that Prince Nayef has been identified with the conservative factions could change once he shifts away from the Interior Ministry, which is in charge of enforcing so much that they hold dear, and has to appeal to a broader segment of society.

"We tend to label these guys as liberal or conservative, Islamist or moderate, pro-U.S. or anti-U.S.," said Gregory Gause, a Saudi expert at the University of Vermont. "Frequently we get it wrong because they do play roles in terms of constituencies."