Pope Urges Greater Efforts For Peace In The Middle East 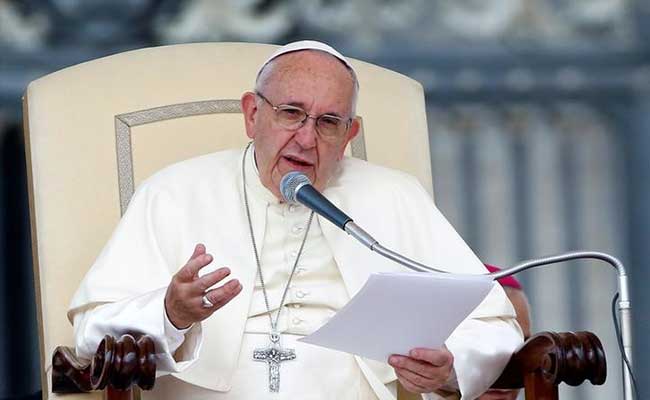 Pope condemned airstrikes in Aleppo that have followed the collapse of a cease-fire deal.(File Photo)

Vatican City: Pope Francis is urging the world not to look the other way from war and suffering in the Middle East and appealed to leaders "for greater and renewed efforts to achieve peace throughout the Middle East."

The pope made the remarks on Thursday during an audience with Catholic charity workers helping to alleviate the humanitarian crisis in Syria, Iraq and neighboring countries. Also present was the UN special envoy to Syria, Staffan de Mistura.

Promoted
Listen to the latest songs, only on JioSaavn.com
The pope remarked that despite great efforts in the last year "the logic of arms and oppression, hidden interests and violence continues to wreak devastation."

Francis has kept the war in Syria at the center of his attention, condemning on Wednesday airstrikes in Aleppo that have followed the collapse of a cease-fire deal.