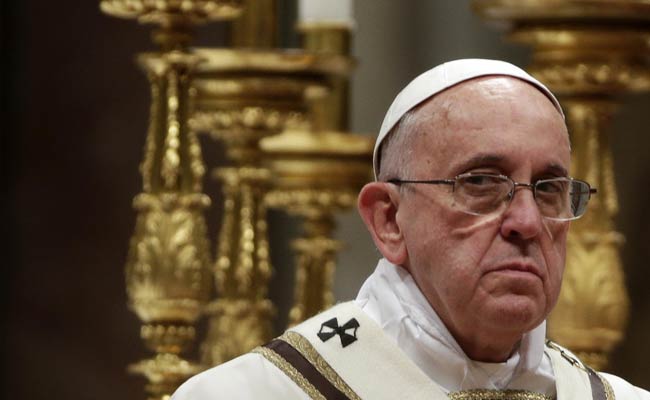 Pope Francis looks on as he leads the Christmas night mass in Saint Peter's Basilica at the Vatican December 24, 2014.(Reuters)

Vatican City: Pope Francis on Sunday named new cardinals to the group that will choose his successor, with appointments that strengthened the Catholic Church in Asia, Africa and Latin America and further shifted its power centre away from the developed world.

It was the second time the 78-year-old Francis has used the appointment of cardinals to put his stamp on the 1.2 billion-member church. The two sets of appointments increase the chances that the next pontiff will, like Francis, be a non-European.

Only one of the new electors is from the Curia, the Vatican's central administration, which Francis has pledged to overhaul. Last month, the pope said the Curia was infected with careerism, scheming, greed and "spiritual Alzheimer's".

Francis' nominees now make up a quarter of the 125 "cardinal electors" under 80 years old -- easily enough to sway the election of a new pope when Francis dies or resigns.

Francis read out the names of the 20 new cardinals, 15 of them electors, to tens of thousands of people in St. Peter's Square for his Sunday address.

Francis "does not feel chained to the tradition" that some major cities in Italy, elsewhere in Europe or in the United States, should automatically have cardinals to lead them, Lombardi said.

No new cardinals from North America were chosen because their number "is already sizeable", Lombardi said. There are 15 cardinal electors in the United States and Canada.

REACHING OUT TO THE MARGINS

"The big picture here is that he is reaching out to the margins," said John Allen, author of numerous books about the Vatican. Allen said that "while there are some recognizable moderates, there are no recognizable conservatives."

By elevating Archbishop Alberto Suarez Inda of Morelia, Mexico, Francis wanted to draw attention to suffering in an area that has been plagued with violence related to drug trafficking, the Vatican said.

Europe, with 57 cardinal electors, still has the largest voting bloc, but the developing world's rose to more than 50.

Promoted
Listen to the latest songs, only on JioSaavn.com
The five new cardinals over 80, who will not be allowed to enter a conclave, come from Colombia, Italy, Germany, Argentina and Mozambique. They were given the title in recognition of their long service to the Church.

Francis bent a Church rule that puts a cap of 120 on the number of cardinal electors. Sunday's appointments bring the total number of cardinals to 228, 125 of them electors and 103 of them non-electors over 80.
© Thomson Reuters 2015