Several videos of the emu - mistaken for an ostrich - roaming through the city's streets and later leading police cars on a slow-speed chase have emerged on social media. 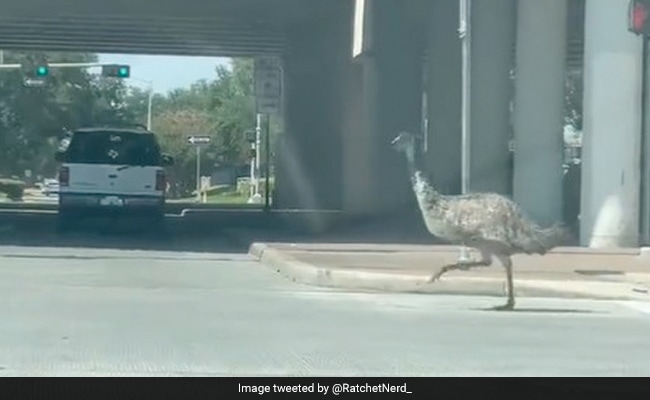 Residents in Houston, Texas, witnessed an unusual commuter making its way through the traffic last week. The "traffic hazard", reported to be emu, was seen running through an intersection and toward oncoming traffic as it dodged vehicles during its escape in the city, according to Houston Chronicle.

The flightless bird was later returned to its owners.

"Yall it's a whole Ostrich on the Northside (Beltway8 and Imperial Valley)," one of the captions read.

The elusive bird was again caught on camera by one of the residents as it continued to roam the streets on its two feet. A user uploaded a photo on Twitter that featured the notorious emu. “There is an emu loose near 350 North Sam Houston Parkway. Can someone get this guy some help? Not sure he should be hanging around a McDonald's,” the caption read.

@KHOU there is an emu loose near 350 North Sam Houston Parkway. Can someone get this guy some help. Not sure he should be hanging around a McDonald's ???? pic.twitter.com/SFscCeuWmu

As the emu toured the city, it left the onlookers puzzled. Eventually, the Houston Police had to step in and chase the bird in their cars.

In a video, uploaded by a user, on Facebook, the emu can be seen walking on a street while police cars tail it in a slow chase. The bird then again picks up the pace and tries to flee. “Yall not gone believe this…,” the user wrote.

So, have you seen an emu-police chase before?