The United Nations' environment agency says plastic pollution has been detected from the Arctic to Antarctica and at the Mariana Trench. 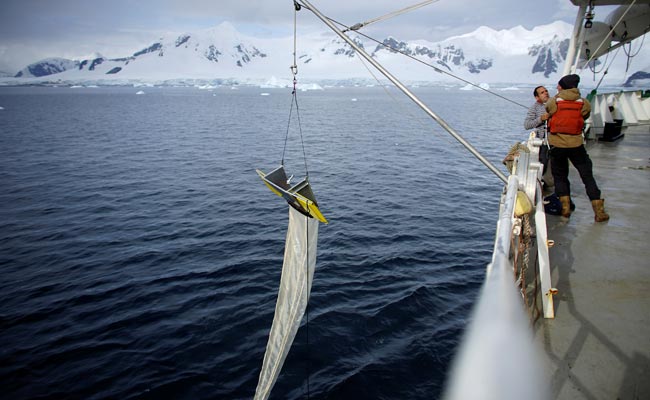 Levels of microplastic in Antarctica were five times higher than expected by researchers. (Reuters)

Oslo, Sweden: Plastic waste and toxic chemicals found in remote parts of the Antarctic this year add to evidence that pollution is spreading to the ends of the Earth, environmental group Greenpeace said on Thursday.

Microplastics - tiny bits of plastic from the breakdown of everything from shopping bags to car tyres - were detected in nine of 17 water samples collected off the Antarctic peninsula by a Greenpeace vessel in early 2018, it said.

And seven of nine snow samples taken on land in Antarctica found chemicals known as PFAs (polyfluorinated alkylated substances), which are used in industrial products and can harm wildlife.

"We may think of the Antarctic as a remote and pristine wilderness," Frida Bengtsson of Greenpeace's Protect the Antarctic campaign said in a statement about the findings.

"But from pollution and climate change to industrial krill fishing, humanity's footprint is clear," she said. "These results show that even the most remote habitats of the Antarctic are contaminated with microplastic waste and persistent hazardous chemicals." 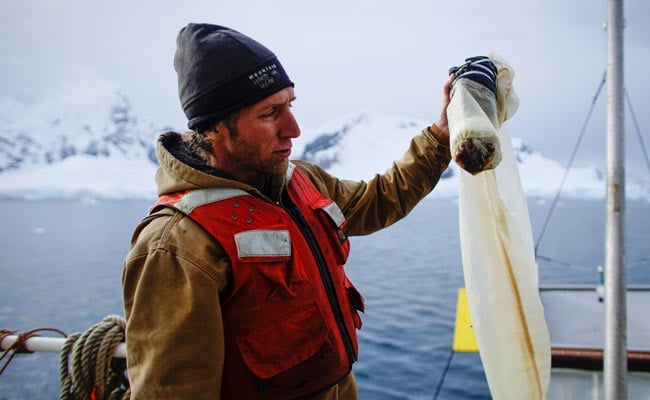 Less than a 10th of all plastic ever made has been recycled. (Reuters)

The United Nations' environment agency says plastic pollution has been detected from the Arctic to Antarctica and in remote places including the Mariana Trench, the deepest part of the world's oceans in the Pacific.

On Tuesday, it said that less than a 10th of all the plastic ever made has been recycled, and governments should consider banning or taxing single-use bags or food containers to stem a tide of pollution.

Last year researchers at the University of Hull and the British Antarctic Survey found that levels of microplastic in Antarctica were five times higher than expected only counting local sources such as research stations and ships.

That means that the pollution is crossing the Southern Ocean, often considered as a barrier to man-made pollution. Scientists say the long-term impacts on marine life are unknown.

At the other end of the world, researchers in Germany reported in April that sea ice floating on the Arctic Ocean contains large amounts of plastic waste, which could be released as the ice thins because of global warming.

"Plastic stays around for hundreds of years," said author Ilka Peeken of the Alfred Wegener Institute for Polar and Marine Research.

Promoted
Listen to the latest songs, only on JioSaavn.com
In trying to understand the spread of pollution, she told Reuters that new areas for research could include how far tiny bits of plastic are getting blown on winds to the Arctic and how much is swept by ocean currents.
© Thomson Reuters 2018

(Except for the headline, this story has not been edited by NDTV staff and is published from a syndicated feed.)
Comments
plastic pollutionAntarcticaGlobal Warming