Gill Boehringer was refused entry at Manila's airport late on Wednesday because he was on a blacklist for joining a demonstration in 2015. 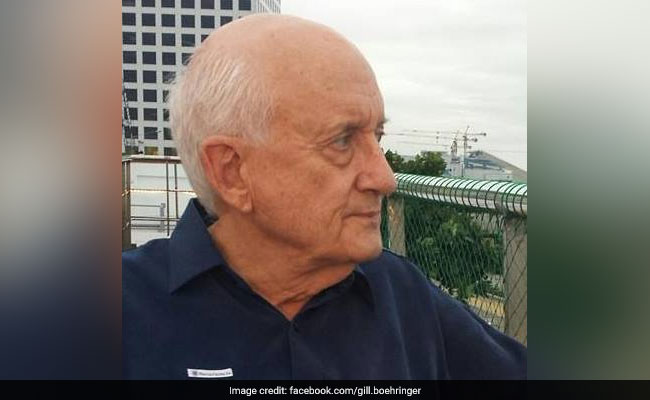 The Philippines has denied entry to an elderly Australian activist for being a "threat to public order" and would deport him, officials said on Thursday, the latest action against foreigners accused of protesting against the government.

Gill Boehringer, 84, a former law professor at Sydney's Macquarie University, was refused entry at Manila's airport late on Wednesday because he was on a blacklist for joining a demonstration in 2015. He said that was "absolute nonsense".

A human rights group said his planned deportation was a sign of "paranoia" of President Rodrigo Duterte and his government.

Duterte has been condemned widely for alleged human rights abuses, mostly over a war on drugs that has killed thousands of people. Duterte denies any wrongdoing.

Another elderly Australian, Patricia Fox, a nun, was last month declared an "undesirable alien" and ordered deported. She was accused of political activism in joining rallies on Duterte's home island of Mindanao against martial law and in support of indigenous people.

Duterte has said he ordered her expulsion. Fox has appealed against the decision.

Boehringer told Reuters he joined a fact-finding mission about indigenous people in Mindanao this year, but said the immigration bureau's accusation that he joined protests was "trumped up".

"This is part of the government's campaign to keep foreigners away from what they're doing ... the injustices, the killings, the disappearances," he said, without elaborating.

Immigration spokeswoman Dana Krizia Sandoval said blacklisting meant being "a threat to public order and safety" and Boehringer could appeal the deportation.

(Except for the headline, this story has not been edited by NDTV staff and is published from a syndicated feed.)
Comments
Gill BoehringerAustralian ActivistPhillippines Authority