"Past Is Past", Tibet Not Seeking Independence From China: Dalai Lama 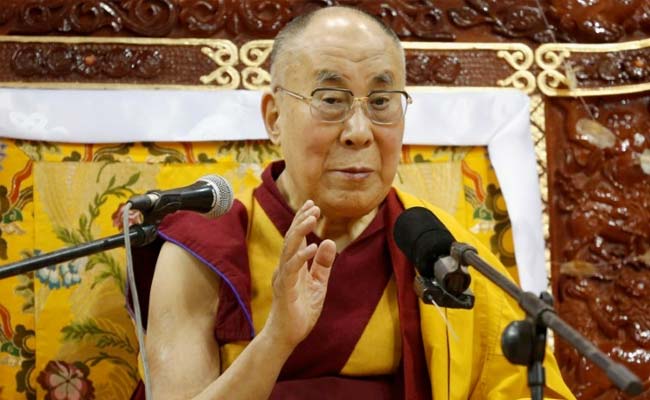 Despite being separate countries, China and Tibet enjoyed a close relationship, though there were occasional "fights", he said at an interactive session organised by the Indian Chambers of Commerce.

"The past is past. We now have to look into the future," he said.

"We are not seeking independence... We want to stay with China. We want more development," the spiritual leader of the Tibetan people said.

Holding that no Chinese "understands what had really happened in the last few decades", he said the country had changed over the years.

"With China joining the world, it has changed 40 per cent to 50 per cent of what it was earlier," he said.

Promoted
Listen to the latest songs, only on JioSaavn.com
The Dalai Lama also spoke about the ecological significance of the Tibetan Plateau and recalled that a Chinese ecologist had once said that its environmental impact was like that of the South Pole and the North Pole. "The ecologist called it the Third Pole," the Buddhist leader said.

The Dalai Lama said, "From Yangtze to Sindhu (Indus) rivers, major rivers ... come from Tibet. Billions of lives are involved. Taking care of the Tibetan Plateau is not only good for Tibet but for billions of people."
Comments
Dalai LamaTibet Independence From ChinaTibet Development