A passenger made it through a the Transportation Security Administration checkpoint of a US airport with a gun, boarding a Delta Air Lines flight flying to Tokyo. 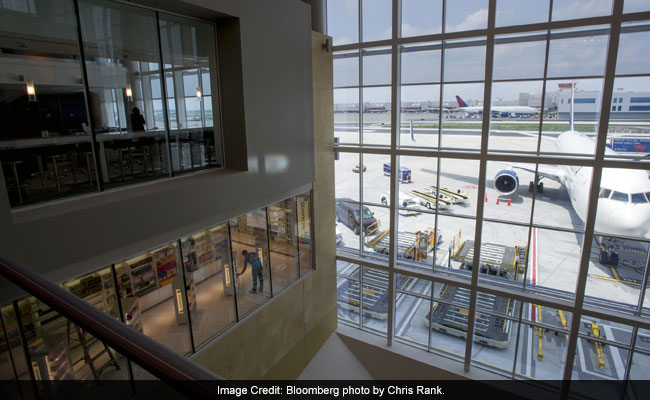 Hundreds of airport screeners in the US are working without regular pay amid the government shutdown.

A passenger made it through a Transportation Security Administration checkpoint with a gun on Jan. 2, boarding a Delta Air Lines flight from Atlanta Hartsfield-Jackson International Airport and flying to Tokyo, authorities said Sunday.

The TSA confirmed the incident in a statement Sunday night, but it denied that it was related to callouts stemming from the government shutdown as hundreds of airport screeners are working without regular pay.

"TSA has determined standard procedures were not followed and a passenger did in fact pass through a standard screening TSA checkpoint with a firearm," the agency said. "TSA has held those responsible appropriately accountable."

Delta said the passenger brought the gun on flight DL 295 from Atlanta to the Tokyo region's Narita International Airport on Jan. 2, and as soon as the passenger reported carrying the firearm, the airline disclosed the offense to the TSA.

The agency said the passenger was cooperative and "was met by Japanese authorities upon landing."

The incident came days after a reported uptick in TSA staffer call-outs, leading some to speculate that the screening mistake was related to the government shutdown. But the TSA strongly denied any connection, saying the percentage of call-outs on Wednesday, Jan. 2 was 5 percent, the same percentage that called out a year prior on Wednesday, Jan. 3, 2018.

TSA Administrator David Pekoske announced Friday that agency employees will receive a day's pay if they worked on Dec. 22, and that uniformed officers will also net a $500 bonus for their efforts during the holidays - pay to be received by Tuesday, the agency said.

TSA screeners stop passengers - many of them forgetful or unwittingly - from carrying loaded guns onto planes in their carry-on luggage fairly regularly throughout the year; a reported 4,000 firearms were seized at checkpoints in 2017. Instances in which armed passengers make it through security are rare.

Staffing issues prompted Houston's George Bush Intercontinental Airport to close one of its TSA screening lines Sunday, according to media reports. Miami International Airport closed one of its concourses for half the day on Saturday and Sunday, and airport officials said they plan to do the same Monday out of concerns that they wouldn't have enough employees to operate all the security checkpoints.

(Except for the headline, this story has not been edited by NDTV staff and is published from a syndicated feed.)
Comments
Hartsfield-Jackson International AirportAtlanta AirportUS government shutdown

Knowledge A "Treasure" For Italy's Oldest Student Who Graduated At 96