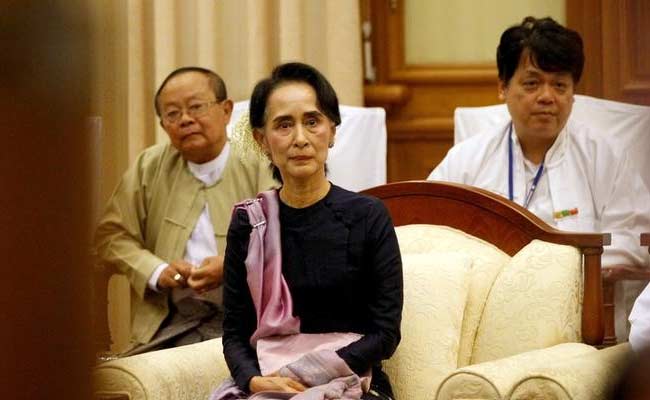 The National League for Democracy (NLD) led by Aung San Suu Kyi won the absolute majority of the parliamentary seats in the election.

Nay Pyi Taw: Aung San Suu Kyi, leader of the National League for Democracy (NLD), said today Myanmar's parliament is a place where lawmakers are to serve for the interests of the country and its people.

Addressing a five-day workshop on parliamentary undertakings in Nay Pyi Taw, Ms Suu Kyi said "All of us are members of parliament (MPs) attending the parliament to represent the people in the country. Parliament is not the place to be used for self-interest."

A total of 18 current and former foreign lawmakers will train the freshers.

Meanwhile, the first sessions of the new houses at three levels began on February 1, coming nearly three months after the end of the general election on November 8, 2015.