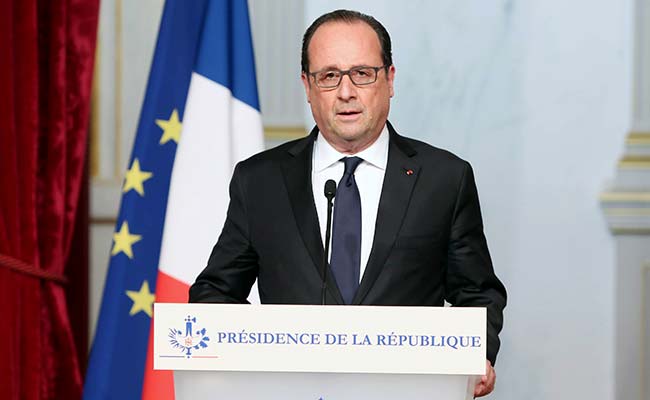 French President Francois Hollande on Saturday blamed the Islamic State group for the attacks in Paris.

The Islamic State jihadist group claimed gun and bomb attacks in Paris that left more than 128 people dead in a statement posted online on Saturday.

The multiple attacks across the city late Friday were "an act of war... committed by a terrorist army, the Islamic State, against France, against... what we are, a free country," Hollande said.

Gunmen and bombers attacked restaurants, a concert hall and four other locations across Paris on Friday, killing over 120 people.

The coordinated assault came as France, a founder member of the US-led coalition waging air strikes against Islamic State in Syria and Iraq, was on high alert for terrorist attacks ahead of a global climate conference due to open later this month.

It was the worst such attack in Europe since the Madrid train bombings of 2004, in which 191 died.
Comments
ParisParis Terror AttacksParis attacksFrancois HollandeIslamic State