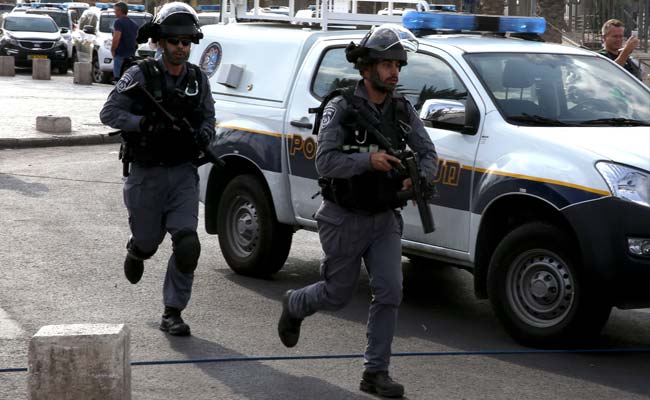 Israeli policemen rush to the scene moments after a Palestinian stabbed two police officers before he was shot dead on October 10, 2015. (AFP)

Jerusalem, Israel: A Palestinian woman detonated a car bomb today at a checkpoint in the West Bank, in an attempted suicide attack that left her and an Israeli officer wounded, police said.

The policeman had spotted a "suspicious" vehicle near the Israeli settlement of Maale Adumim and ordered the woman to stop. As he approached, she shouted "God is great" in Arabic and detonated the bomb, they added.

The police originally said that the woman had died in the attack, but later said that she was still alive and had suffered serious injuries. The policeman sustained slight injuries.

The attack came hours after a pregnant woman and her two-year-old daughter were killed in an Israeli air strike on Gaza, after a day of violence that raised fears of a third intifada, or Palestinian uprising.