Pakistan's health ministry on Tuesday approved the purchase of over 62 lakh mosquito nets from India. 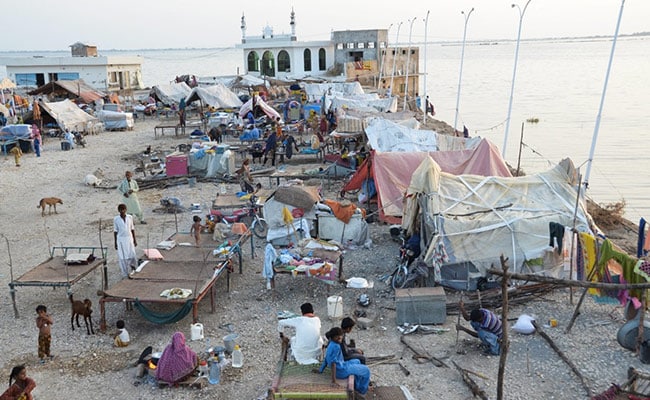 In flood-ravaged areas of Pakistan, malaria has emerged as a major public health issue.

In response to rising malaria cases, flood-ravaged Pakistan will purchase over 62 lakh mosquito nets from India, according to report by Pakistani news outlet Geo TV. Due to the unprecedented floods, the country is scrambling to contain the spread of malaria and other vector-borne diseases.

The World Health Organisation (WHO) is using financial resources provided by the Global Fund to acquire the nets for Pakistan, a Geo TV report said.

The WHO officials said they are planning to obtain mosquito nets as early as possible and are hopeful that these will be obtained by next month via the Wagah route, the report said.

Health officials, who are facing difficulties in the treatment of patients, told Geo.tv that malaria is spreading at a rapid pace in 32 flood-affected districts of Pakistan, where thousands of children are infected with the mosquito-borne disease. They said malaria has emerged as a major public health issue in flood-affected areas.

More than 1,700 people were killed, 33 million displaced, and a third of the country was submerged under water in the worst floods to hit Pakistan, brought about by unprecedented rains since mid-June.

In September, the World Health Organisation (WHO) warned that a surge in diseases like malaria could cause a "second disaster. Last week, the WHO warned of 2.7 million malaria cases in 32 districts in flood-hit Pakistan by January 2023.

According to the WHO, malaria is a life-threatening disease caused by parasites that are transmitted to people through the bites of infected female Anopheles mosquitoes. It is preventable and curable. In 2020, there were an estimated 241 million cases of malaria worldwide. The estimated number of malaria deaths stood at 627, 000 in 2020.

US Urges "Calm" As Israel-Palestine Conflict Flares After Jerusalem Shooting