The test conducted on Monday at a discreet location in North China verified the launch, power and flight control systems, state-run Global Times reported while indicating that Beijing's all-weather ally, Pakistan could be one of its buyers. 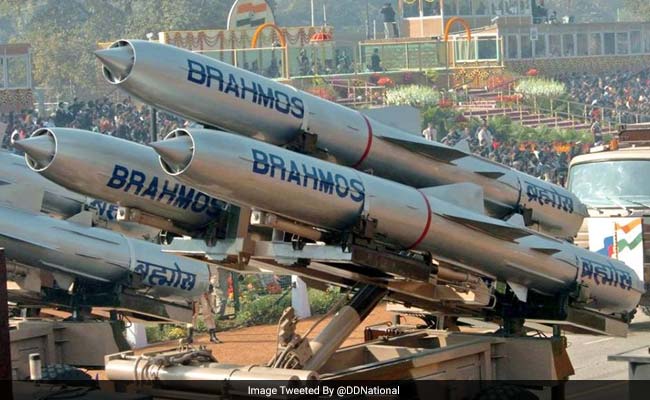 The Chinese firm independently invested in and developed the HD-1 missile, a statement said.

A Chinese mining company has claimed to have successfully test-fired a supersonic missile, touted as a potential competitor to the Indo-Russian joint venture BrahMos missile, according to the Chinese state media.

The test conducted on Monday at a discreet location in North China verified the launch, power and flight control systems, state-run Global Times reported while indicating that Beijing's all-weather ally, Pakistan could be one of its buyers.

All parameters for the supersonic flight of the HD-1 missile achieved their estimated values, it quoted a statement released by Guangdong Hongda Blasting Company located in southern China.

Hongda independently invested in and developed the HD-1 missile, the statement said.

Wei said the mining company's move to build and test a supersonic missile is an excellent example of military-civilian integration.

Established in 1988, Hongda is a mining company based in Guangzhou, capital of South China's Guangdong Province that also manufactures blasting and military equipment.

After governmental approval, Hongda intends to sign deals and mass-produce the HD-1 for export, the report said.

There are not many such supersonic missiles available on the international defence market, Wei said.

Pakistan and Middle Eastern countries are likely to show interest given the weapon's potential to break anti-missile systems at supersonic speeds, he said, claiming that the new missile could be cheaper than the BrahMos.

The HD-1 is a comprehensive weapon system consisting of missile, launch, command and control, target indication and comprehensive support systems, Hongda had said in a separate statement released earlier.

The HD-1 can be adapted to aircraft and ships as well as the basic ground-based vehicle version, the company said.

The total investment in HD-1 is expected to top 1.3 billion yuan (about USD 188 million).