Pakistan Launches Military Operation In The State After Lahore Blast 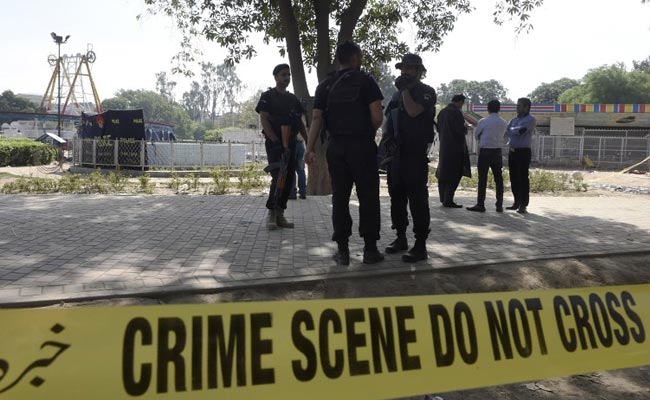 Intelligence agencies along with Army and Rangers personnel carried out a series of operations in different parts of Punjab, the country's most populous province, a day after the suicide blast at a popular park in which 72 people, mostly women and children, were killed.

"A number of suspected terrorists and facilitators have been arrested during the five raids which were conducted in Lahore, Faisalabad and Multan after the Lahore suicide explosion," army media wing Inter-Services Public Relations (ISPR) Director General Lt Gen Asim Bajwa said earlier but did not officially say that a widespread operation had been launched similar to the ones underway in the country's northwest and Karachi.

He added that a "huge cache of arms and ammunition" were also recovered by security officials.

There has long been a demand for launching a military operation in southern part of Punjab province because of the presence of terrorists hideouts there.

Police were also able to identify the Lahore suicide bomber as Yousuf, son of Ghulam Farid, a resident of Muzzafargarh in southern Punjab.

He was believed to be between 20-25 years old. A sketch prepared with the help of eye-witnesses showed him with beard. During the meeting, Sharif was briefed by heads of law enforcement and intelligence agencies on different leads-based progress regarding yesterday's blast at the park, which was comparatively more crowded due to the Easter holiday.

The park is located in a posh-locality in Lahore, the hometown of the premier.

Mr Sharif said: "Terrorists and their facilitators will eventually meet their logical end. We have to win the war (against terror). Coward terrorists are targeting innocent children and women."

The whole nation would have to be united in the face of terrorism, he said, adding that the provinces should speed up intelligence-based operations against terrorists. "We must take this war to the doors of terrorist outfits before they are able to hit our innocent countrymen.

"We will not let terrorists play with the lives of innocent people," he said and directed the intelligence agencies have better coordination with each other to prevent terror attacks.

"Our resolve to fight terrorism as a nation and as a government is getting stronger... Our goal is not only to eliminate terror infrastructure but also the extremist mind-set, which is a threat to our way of life," he said.