'We Are Not Myanmar, Won't be Cowed by Threats' Says Pakistan Minister 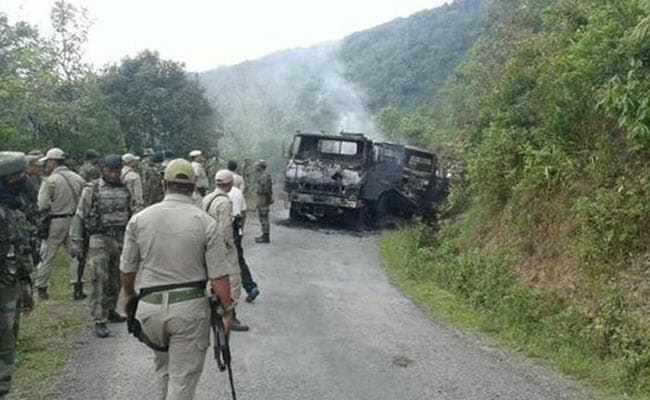 The 18 Army soldiers who were killed in Manipur belonged to the 6 Dogra infantry regiment.

A day after the Indian Army neutralised two camps of militants inside Myanmar, a Paksitani minister said his country "is not like Myanmar".

"Pakistan is not like Myanmar... Pakistan cannot be cowed down by threats from across the border," Interior Minister Nisar Ali Khan said on Wednesday, in a what seemed to be a response to Union minister Rajyavardhan Rathore's comment that it was a signal to neighbouring countries.

In an interview to NDTV, Mr Rathore said the Prime Minister had taken "a very bold step" in pursuing militants who carry out attacks in India to their safe hideouts across the border. Asked if there is a message that the government is trying to send to other countries like Pakistan, he said, "It is undoubtedly a message to all nations that harbour any intentions - be it the west or the specific country we went into right now."

"Those having ill designs against Pakistan should listen carefully that our security forces are capable of matching response to any adventurism," Mr Khan said, adding, "Indian leaders should stop day dreaming".

A top Indian Army commander told NDTV, however, said on Wednesday that it would not be correct to correlate the surgical strike carried out inside Myanmar on Tuesday with the situation on the Kashmir border, where a similar "hot pursuit" is not possible.

"What action we take, what response we do is clearly related to operational circumstances," said Lieutenant General Subrata Saha, the General Officer Commanding (GOC) of Army's 15 Corps, stationed in Kashmir.