There are as many as 77 buildings which have been declared as national heritage by the government of which 52 are government property while 25 are owned by locals. 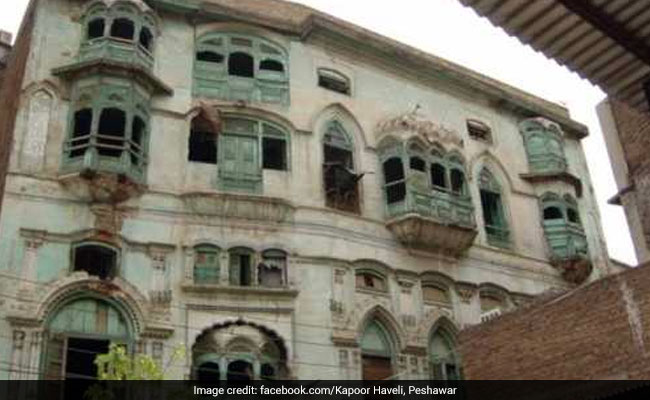 The Kapoor Haveli in Qissa Khwani Bazar was built by Basheswarnath Kapoor.

The provincial government in Pakistan's Khyber-Pakhtunkhwa plans to buy 25 pre-partition era buildings, including the ancestral houses of legendry Bollywood actors Raj Kapoor and Dilip Kumar, which have been declared as the national heritage, the sources said.

Raj Kapoor's ancestral home, known as Kapoor Haveli, is situated in the fabled Qissa Khwani Bazar. It was built before the Partition of British India, between 1918 and 1922, by the legendary actor's grandfather Dewan Basheswarnath Kapoor.

Raj Kapoor and his uncle Trilok Kapoor were born in the building. It has been declared national heritage by the provincial government.

Veteran actor Dilip Kumar's over 100-year-old ancestral house is also located in Peshawar's Qissa Khawani Bazaar. The house which is in shambles was declared as national heritage under the Federal Antiquities Act in 2014 by the Nawaz Sharif government.

The provincial government has allocated Rs 61 crore for buying 25 pre-partition era buildings, having archaeological importance, including the ancestral houses of actors Raj Kapoor and Dilip Kumar, they said.

The Department of Archaeology will be given a grant of Rs 70 lakh to prepare a feasibility report of the buildings during the current fiscal, they said.

After the approval of feasibility report, the process to buy these buildings will begin, they added.

There are as many as 77 buildings which have been declared as national heritage by the government of which 52 are government property while 25 are owned by locals.