Imran Khan has launched a highly publicised austerity drive since being sworn in, including auctioning off government-owned luxury vehicles and buffaloes. 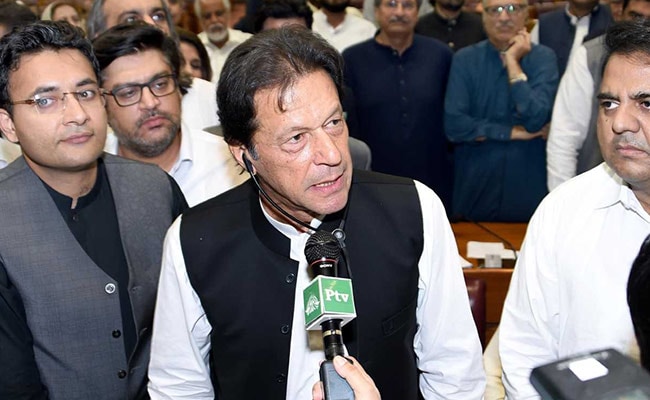 Pakistan's rupee plunged almost five percent to a record low Friday after what appeared to be a sixth devaluation by the central bank in the past year as the country struggles with an acute balance of payment crisis.

The unit sank to 143 rupees against the dollar just a day after Prime Minister Imran Khan's government celebrated 100 days in office with a televised conference boasting of its achievements.

The State Bank of Pakistan has indirectly devalued the state-managed unit several times already as it tries to narrow a huge balance of payments deficit.

But traders are growing concerned that neither Khan nor his Finance Minister Asad Umar laid out a comprehensive plan to address the country's economic woes more than a week after negotiations with the International Monetary Fund ended without a much-needed bailout agreement.

The former cricketer has launched a highly publicised austerity drive since being sworn in, including auctioning off government-owned luxury vehicles and buffaloes, in addition to seeking loans from "friendly countries" and making overtures to the IMF.

"The market was disappointed to see that there was no clear cut direction of the government regarding raising loans from IMF or taxation policies for the rest of its term," said Hamad Iqbal, director of research at Elixir Securities.

The rupee has lost about a third of its value since the start of the year as Pakistan struggles with chronic inflation as it burns through its dwindling foreign currency reserves, which are down around 40 percent this year.

Pakistan secured $6 billion in funding from Saudi Arabia and struck a 12-month deal for a cash lifeline during Khan's visit to the kingdom in October.

Despite the pledges, the ministry of finance said Pakistan would still seek broader IMF support for the government's long-term economic planning.

With talks with the IMF still ongoing -- Pakistan has been a regular borrower from the IMF since the 1980s -- Khan's new government has been searching for ways to rally its struggling economy.

Islamabad has received billions of dollars in Chinese loans to finance ambitious infrastructure projects, but the US -- one of the IMF's biggest donors -- has raised fears that Pakistan could use any bailout money to repay its debts to Beijing.

The IMF and World Bank forecasts suggest the Pakistani economy is likely to grow by four to 4.5 percent for the year fiscal year ending June 2019 compared to 5.8 percent growth in the last fiscal year.

-- Bloomberg News contributed to this story --