Flags at government buildings in Taitung flew at half-mast in memory of the victims while Premier William Lai also attended the memorial service to pay his respects. 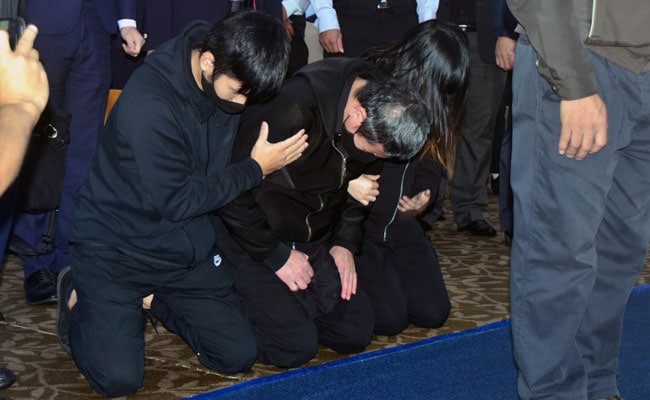 The driver of a train that derailed and killed 18 people this month apologised to victims' families at an emotional memorial service in southern Taiwan Wednesday after being accused of "professional negligence" by a court.

It was the first time driver Yu Cheng-chung had spoken in public since the Puyuma Express derailed on October 21. He wept uncontrollably as he knelt and apologised at the memorial in Taitung county, home to 15 of the dead.

"I'm sorry, this will be forever a pain in my heart," he said in footage aired on local television.

The crash on the popular east coast line also injured over 200 people and left the carriages lying zig-zagged across the tracks in the island's deadliest rail accident for a quarter century. 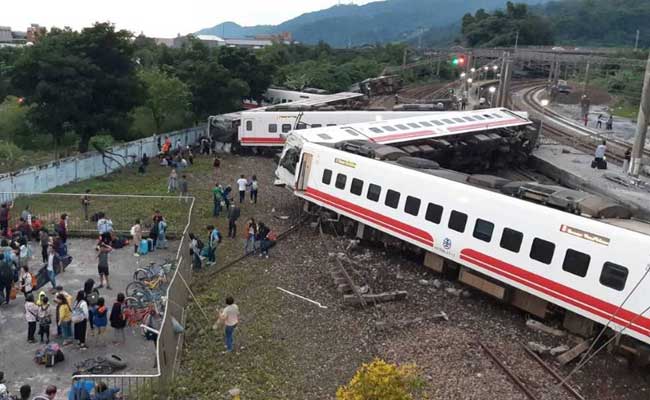 Flags at government buildings in Taitung flew at half-mast in memory of the victims while Premier William Lai also attended the memorial service to pay his respects.

Relatives at the service appeared forgiving.

"Please don't be like this, we don't blame you," one woman identified by local media by her family name Tung told Yu. She had lost eight family members in the crash.

"Let's find out the truth together," she said.

Yu is suspected of negligence for switching off the Automatic Train Protection (ATP) system used to monitor speed before the train flipped off the tracks, according to initial findings by a local district court.

As the train approached Xinma station, the site of the crash, it was travelling at 140 kilometres per hour (87 miles per hour) instead of the 80 kph speed limit imposed due to a curve in the track, said the Yilan district court which questioned Yu as part of his bail hearing last week.

A special cabinet task force has said its initial probe also showed that the ATP system was turned off at the time the train derailed and it was travelling at excessive speed.

The crash was the worst rail accident in Taiwan since 1991, when 30 passengers were killed and 112 injured after two trains collided in Miaoli in western Taiwan.