The word is defined as meaning "a significant cultural, political, or social change arising from the actions of influence of young people." 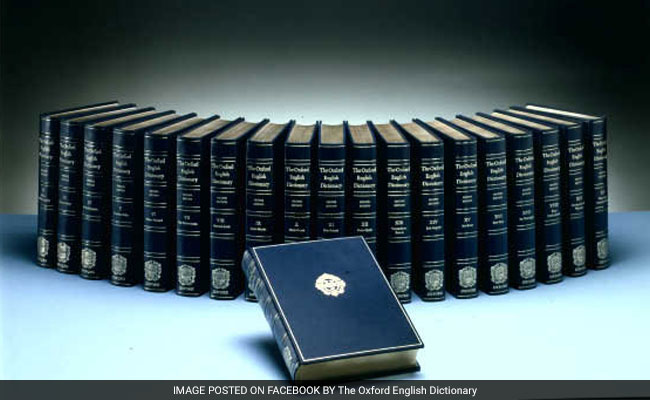 London: The Oxford Dictionaries Word of the Year 2017 has been revealed and the winner is . . . "Youthquake."

Confused? You may not be the only one.

The word is defined as meaning "a significant cultural, political, or social change arising from the actions of influence of young people." It represents the awakening of millennials striving for change during a turbulent 12 months across the world.

Data collected by editors at Oxford Dictionaries revealed a huge increase in usage of the word in 2017 compared to 2016. The U.K. election called for by Prime Minister Theresa May in early June is believed to have caused a spike in usage. The U.K. saw a huge turnout of young voters hoping to make an impact as they rallied behind Labour leader Jeremy Corbyn. Their collective actions were dubbed by the Guardian and other publications as a "Youthquake."

The word "Youthquake" may be the winner of 2017, but is not new. It was coined in 1965 by Vogue editor Diana Vreeland, who used it to highlight changes in the fashion and music industries driven by young people.

Despite having deep political and cultural roots in 2017, the winning word was met with a wave of skepticism on social media.

"I run a charity for young people. This is not a word that I have ever heard used. Anywhere. By Anyone. #Youthquake," tweeted Ruth Ibegbuna, CEO of a youth leadership and social change organization in the U.K.

"So, 'Youthquake' is Oxford English Dictionaries word of the year. Never heard it being said, no idea what it means...must have missed the memo on this one," wrote another baffled Twitter user.

While some mocked the winning word, others pointed out that "Youthquake" was the title of a 1985 album from British pop group Dead or Alive.

So how exactly is the word of the year decided?

Oxford Dictionaries Word of the Year, held each year since 2004, is a tradition that many look forward to. Winners are selected due to their "lasting potential as a word of cultural significance."

"We try to choose a word that reminds us about where we've been," said Casper Grathwohl, president of the Dictionaries Division. "Sometimes our choice is serious, other times playful." Each year, the winning word is expected to reflect the mood or ethos of the past 12 months.

"Youthquake is not an obvious choice," Grathwohl wrote in a blog post. He went on to add that the word is "yet to land firmly on American soil, but strong evidence in the U.K. calls if out as a word on the move." Oxford Dictionaries states that the political word offers a beacon of hope after a "difficult and divisive year."

Just two years ago, Oxford Dictionaries sparked controversy after selecting "pictograph" as their word of the year for the first time. Many were confused that the word of the year was not a word but an emoji - the face with tears of joy emoji, to be precise.

Other words that made this year's shortlist include: milkshake duck, white fragility, unicorn, kompromat, brokflake, newsjacking, gorpcore and antifa.