Over 5,000 Flee As Wildfire Rages In California's Resort City 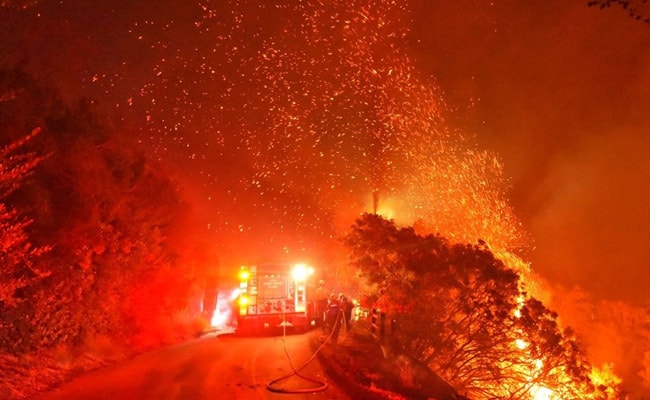 Firefighters battled to save homes before expected relief from rain in Santa Barbara.

Wind-driven flames raced down wooded hillsides toward Santa Barbara, California on Tuesday, sending around 5,500 residents fleeing as firefighters battled to save homes before expected relief from rain.

By midday Tuesday flames had torched nearly 7 square miles (18 sq km) of scrub and forest, powered by up to 45 mph (72 kph) winds, and the lowest moisture levels of the year, authorities said.

With helicopter pilots using night-vision goggles in the early hours of Tuesday, nine helicopters and 10 air tankers dropped water and red "phos chek" fire retardant on burning peaks and canyons above the coastal resort city of over 91,000 people.

Over 600 firefighters on the ground struggled to defend houses perched on ridges as shifting winds sometimes blew flames back at them. 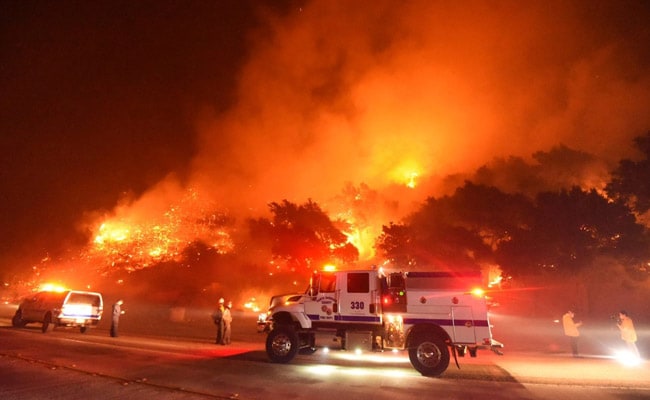 "It's been quite the firefight, we've had winds moving up slope, down slope, across the slope," said Anthony Stornetta, of the Santa Barbara County Fire Department (SBCFD), praising residents for having created firebreaks around homes.

Some 5,481 residents were forced to leave their homes according to Santa Barbara County Sheriff Bill Brown, but some residents on the western flank of the fire were being allowed to return home by Tuesday afternoon.

A single outbuilding was the only property destroyed by midday and no injuries were reported, said SBCFD spokesman Daniel Bertucelli. The fire was zero percent contained.

Up to two inches of rain were expected to tame the fire overnight but also bring risks of mud and rockslides in an area burned by a previous blaze, Bertucelli said. 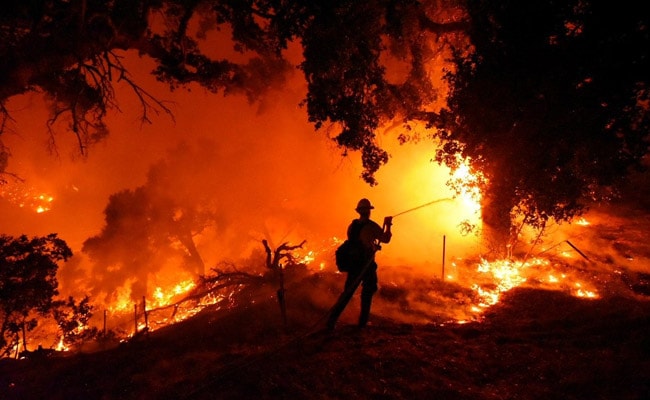 Wildfires raged in Santa Barbara, a coastal resort city of over 91,000 people.

After the most deadly and destructive wildfires in California history in 2017 and 2018, higher moisture levels and less erratic winds have led to smaller and less-destructive blazes this year.

Around 128,285 acres (51,915 hectares) have been blackened by California wildfires from Jan. 1 to Nov. 24. That is around a sixth of the acreage during the same period of 2018 and about a third of the five-year average, according to the California Department of Forestry & Fire Protection.