Over 300 Firms Shut Down In Russia Over Ukraine War. The Big Brands Are...

Western countries have announced sanctions against Russia for attacking Ukraine. The number of refugees created by the war has surpassed 2 million. 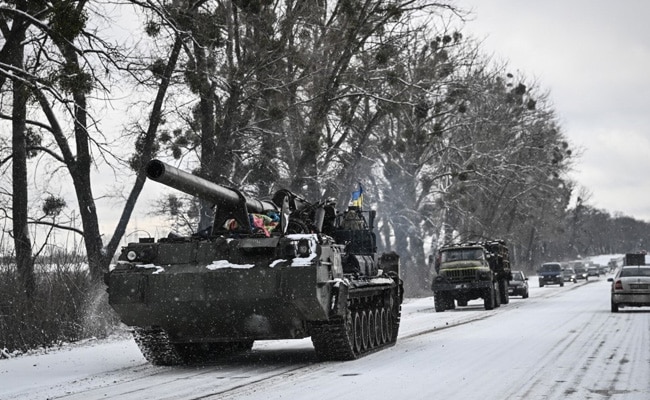 Russia is facing global condemnation for attacking Ukraine. The anger has led to sanctions by the West as well as companies shutting their outlets in Moscow and other Russian cities. There are more than 300 companies, which have left Russia in the past two weeks, according to Yale School of Management.

Luxury watch brand Rolex is the latest to halt Russia operations, according to Spectator Index. Fast-food giants like McDonald's, Pizza Hut and beverages maker Coca-Cola have already announced suspension of their operations in Russia, joining the international corporate chorus of outrage over Moscow's invasion of Ukraine.

The US, meanwhile, imposed an immediate ban on imports of Russian energy, sparking a further increase in the oil price, which rose around four per cent on Tuesday. Prices have surged more than 30 per cent since Russia invaded its neighbour on February 24.

Russia - the world's second-largest exporter of crude - has warned the cost will skyrocket further if the West implements bans.

Britain said it aimed to phase out imports of Russian oil by the end of 2022. The European Union (EU) plans to cut dependency on Russian gas this year by two-thirds.

Here is a list of some of the big companies that have halted operations in Russia since the Ukraine war began:

The Kremlin describes its actions as a "special operation" to disarm Ukraine and unseat leaders it calls neo-Nazis.

Ukraine and Western allies call this a baseless pretext for an invasion that has raised fears of wider conflict in Europe and could deal a further hit to the world economy as it tries to recover from the coronavirus pandemic.