In the cockpit of the Boeing Co. 737 Max, alarms were blaring, air traffic controllers were on the radio issuing instructions and the copilot was desperately searching the manual trying to find the checklist. 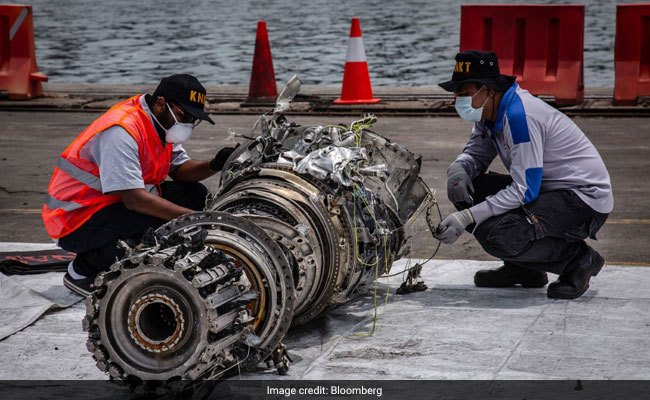 The Lion Air plane entered a steep dive, hitting speeds of about 500 miles per hour.

As Lion Air Flight 610 bucked and weaved through clear skies over the Java Sea, the captain frantically urged his first officer to run through an emergency checklist.

In the cockpit of the Boeing Co. 737 Max, alarms were blaring, air traffic controllers were on the radio issuing instructions and the copilot was desperately searching the manual trying to find the checklist.

"Where is the...?" the copilot said, according to a partial transcript contained in a 322-page report on the jet's doomed flight issued Friday by Indonesia's National Transportation Safety Committee.

The captain reminded him again what to look for as the cockpit recorder picked up the sound of paper being shuffled. It took 3 minutes and 40 seconds before the emergency procedures -- steps so critical they are supposed to be memorized -- were found, though they weren't completed. The plane slammed into the ocean almost 7 minutes later.

The report found that Boeing Co.'s poorly considered design of the now-grounded 737 Max and inadequate oversight by U.S. regulators resulted in the crash off the coast of Jakarta, killing all 189 aboard. Among the criticisms: a failure to adequately consider the human equation and how pilots respond to a fast-moving emergency in a chaotic cockpit.

The investigators showed sympathy for the pilots, saying that they were never told about the Maneuvering Characteristics Augmentation System that sent their plane bobbing through the air and that they were faced with a confusing barrage of failures. 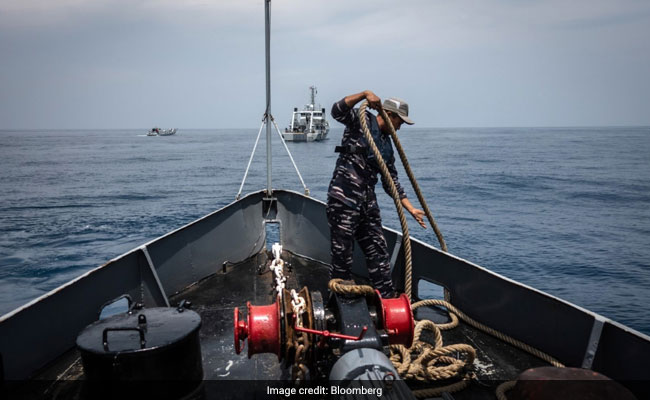 The report found that Boeing's poorly considered design of the now-grounded 737 Max and inadequate oversight by US regulators resulted in the crash.

But it also noted that both had shown problems during previous flight tests, known as check rides. The copilot, in particular, had exhibited difficulty in locating checklists and performing basic emergency procedures, the report found.

In a submission to the report, Lion Air said it's unfair to blame the crew. Such criticism is "misplaced and should not be considered as contributing factors of the flight JT610 accident, as they fail to take into account the circumstances in which these individuals found themselves, having received no training, guidance, or the most basic information about MCAS from Boeing."

As they prepared the plane for takeoff last Oct. 28, the copilot said he'd been awakened at 4 a.m. and called in to make the flight. The captain complained that he had the flu, coughing repeatedly.

During the emergency, they failed to communicate, were repeatedly unable to keep the plane pointed in the proper direction and the copilot -- who took control just before the final high-speed dive -- showed poor manual flying skills, investigators said.

The emergency they faced on Flight 610 began as soon as the plane lifted off. A malfunctioning sensor known as an angle-of-attack vane mistakenly sensed that the plane's nose was too high, prompting a loud, thumping noise falsely warning of an impending aerodynamic stall. Instruments also indicated airspeed and altitude weren't reliable.

Two minutes into the flight, the emergency took a confusing turn. The MCAS system activated for the first time, moving a wing at the tail for 10 seconds to lower the plane's nose. It was designed not to operate while the wing flaps were extended for extra lift during takeoff and only began moving the nose down after the flaps were retracted.

From that point on, the plane's nose was repeatedly driven down by MCAS and the captain, who was at the controls, counteracted it each time by activating a switch with his thumb to bring the nose back up.

For several minutes, they struggled to perform the checklist, which the copilot had located and was reading aloud. It didn't directly address the MCAS, but it might have saved their lives, according to the report. Part of the procedure involved activating the autopilot. If they'd done so, it would have automatically shut off MCAS, which only activates when the autopilot is off.

As they proceeded, the captain asked a flight attendant to summon a mechanic into the cockpit to help them diagnose the problem.

Because they never declared an emergency, an air traffic controller repeatedly radioed them distracting instructions to turn, but the pilots couldn't hold their course.

Just over 10 minutes into the hectic flight, the captain asked the copilot to take the controls. But he failed to mention how he'd had to continually move the wing on the tail to counteract MCAS, the investigators said in the report.

"I have control." the copilot said.

He activated the thumb switch for one second, moving the tail wing only a fraction of what was needed. He held the control column back in an attempt to hold the plane level. The forces to hold the column grew rapidly.

The copilot said the plane was flying downward, but the distracted captain said: "It's OK."

MCAS activated several more times in the next 18 seconds, but the copilot moved the wing at the tail only slightly. He was pulling back on the control column with more than 100 pounds, but it wasn't enough.

The plane entered a steep dive, hitting speeds of about 500 miles per hour.

A stern mechanical voice said "Terrain, terrain," warning that they were diving toward the Java Sea. A clacker sounded, alerting them their speed was too high.

Eleven minutes and 22 seconds after they began to lift off, the cockpit recording ended.