Number Of Women Journalists In Afghan Capital Has Plunged: Watchdog 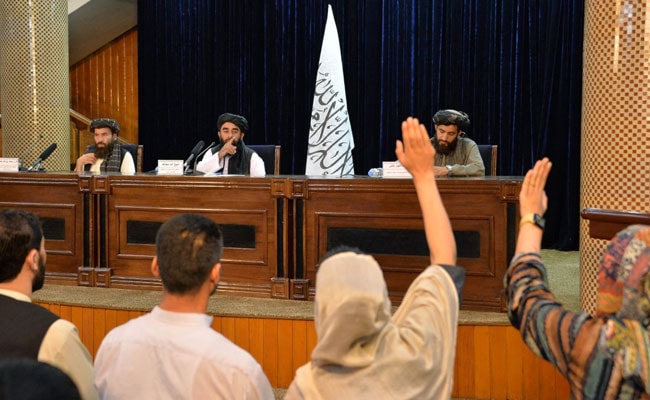 The number of female journalists working in Kabul has dwindled to below 100 since the Taliban took power, compared with 700 before, a media watchdog said Wednesday.

Reporters Sans Frontieres (Reporters Without Borders) said that as Taliban forces took over Kabul, women journalists were increasingly told to stay home, harassed, prevented from going on reporting assignments, or even beaten.

Last year, RSF said it had counted 108 media operating in the Afghan capital, employing 4,940 people, including 1,080 women of whom 700 were journalists.

But of the 510 women employed by the country's eight biggest media groups in 2020, only 76, including 39 journalists, are still working now, the watchdog said. These are in addition to journalists at smaller media outlets.

The figures amount to "a quasi-disappearance of women journalists in the capital," RSF said.

Despite assurances by the Taliban that press freedom would be respected and that female journalists would be able to work, RSF said: "A new media landscape is emerging without them."

The organization called on Afghanistan's new rulers to guarantee the freedom and the safety of women working in journalism.

"It is essential that female journalists be able to return to work without being bothered, which is their most fundamental right," RSF Secretary-General Christophe Deloire said in a statement.