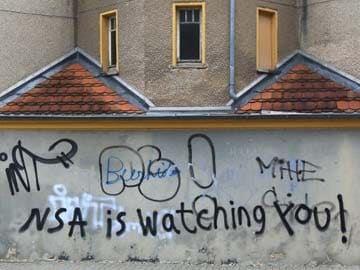 Washington: The National Security Agency on Friday said its tracking of cellphones overseas is legally authorized under a sweeping U.S. presidential order.

The distinction means the extraordinary surveillance program is not overseen by a secretive U.S. intelligence court but is regulated by some U.S. lawmakers, Obama administration insiders and inspectors general.

Documents obtained from former NSA contractor Edward Snowden showed that the NSA gathers as many as 5 billion records every day about the location data for hundreds of millions of cellphones worldwide by tapping into cables that carry international cellphone traffic.

The Washington Post said the collection inadvertently scoops up an unknown amount of U.S. data as well.

The NSA said Friday it was not tracking every foreign phone call and said it takes measures to limit how much U.S. data is collected.

The NSA has declined to provide any estimates about the number of Americans whose cellphones it has tracked because they were traveling overseas or their data was irrevocably included in information about foreigners' cellphones.

"It is not ubiquitous," NSA spokeswoman Vanee Vines said in a statement. "NSA does not know and cannot track the location of every cell phone."

Vines said the collection of the global cellphone location data is carried out under the White House order that governs all U.S. espionage, known as Executive Order 12333.

That means congressional committees and relevant inspectors general can oversee the program, but the secret court established under the Foreign Intelligence Surveillance Act would not.

A frequent justification for the NSA programs by President Barack Obama and top U.S. intelligence officials is that they are overseen by all three branches of government.

"The NSA claims its collection is incidental, but there is no question it's deliberately engaging in the mass collection of cell phone location data that it knows will inevitably sweep up information on a huge number of innocent Americans," said Catherine Crump, American Civil Liberties Union staff attorney, in a statement. "And, all of this is happening without any supervision by a court."

When NSA analysts realize they unintentionally collected an American's information, they would have to separate it when possible or wall it off from the other information, and limit who can access it and how long it is kept.

But an intelligence lawyer told the Post that when U.S. cellphone data are collected, the data are not covered by the Fourth Amendment, which protects Americans against unreasonable searches and seizures.

Promoted
Listen to the latest songs, only on JioSaavn.com
"FISA authorization would be required for the intentional collection of domestic metadata," Vines said. "This activity is centered on overseas locations."