Now, You Can See, Listen And Feel Earthquakes 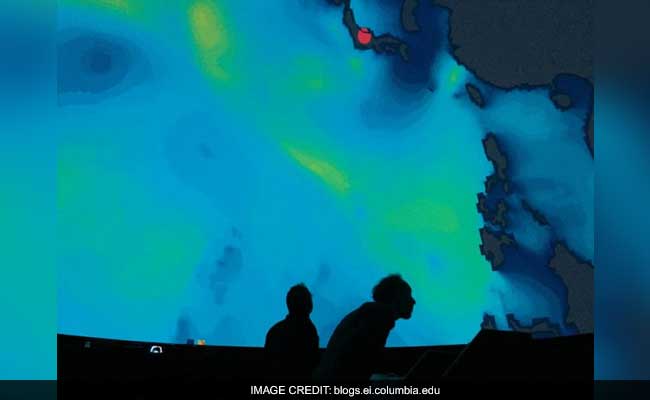 New York: You can now eavesdrop on some of the world's largest earthquakes from deep inside the Earth, thanks to a new project that lets you see, hear and feel seismic waves created by massive temblors.

A group of scientists and sound artists at Columbia University in the US are turning seismic waves into sound and images for an educational performance about earth quakes and what seismic waves can tell us about our planet. People can see, hear and feel seismic data from enormous earthquakes, witness the patterns of decades of earthquakes in minutes, and see the seismic effect of ocean storms, all as though they were inside the planet.

"These are such complex, intriguing sounds, they excite wonder and curiosity in anyone. Why does that one sound like an acorn hitting a tin roof, and that one sounds like a gunshot? Or why does a nuclear bomb test sound different than an earthquake? The sound provides an entryway into the physics of earthquakes," said Ben Holtzman, who leads the Seismic Sound Lab.

Turning seismic waves into sound had been done before, however, the SeismoDome project coupled the sounds to visualisations that Holtzman's team created using computer code originally written by an astrophysicist to visualise models of the formation of stars.

The team sped up both the sound and visuals by a factor of several thousand. They also filtered the sounds and visualised data to illuminate different types of waves in the Earth.

The process lets the audience follow aftershocks from an earthquake, and gives a clear sense of the randomness of earthquake patterns in time and space, and the differences in plate boundaries.

The team is expanding the use of "auditory seismology" in ways that may one day help scientists recognise early warning signs of earthquakes before they strike.

Sound could also give scientists a new way of studying earthquakes and the interior of the planet.

Promoted
Listen to the latest songs, only on JioSaavn.com
By listening to the seismic data in addition to visual inspection and computer analysis, scientists hope to quickly detect changes that could indicate that a section of fault is destabilising and about to become a larger rupture.

"As you're listening to seismic signals, changes in the sound would trigger where to look in the seismic data," Holtzman said.