Now Open, The First Road Bridge Between China And Russia

The construction of the bridge was completed two years ago but its inauguration was postponed due to the coronavirus pandemic. 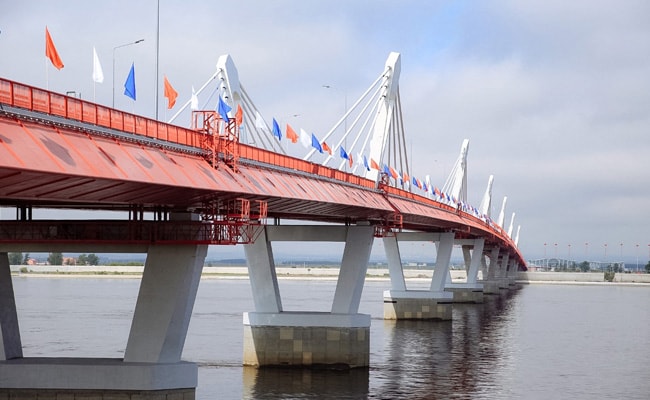 With 2 traffic lanes, the bridge cost around 19 billion rubles ($328 million).

Russia and China on Friday unveiled the first road bridge between the two countries as Moscow pivots to Asia amid its confrontation with the West over Ukraine.

The kilometre-long bridge over the Amur River links the far eastern Russian city of Blagoveshchensk with Heihe in northern China.

The construction of the bridge was completed two years ago but its inauguration was postponed due to the coronavirus pandemic.

During a ceremony in Blagoveshchensk on Friday, the bridge opened to freight traffic, with the passage of the first trucks greeted by fireworks.

Consisting of two traffic lanes, the bridge cost around 19 billion rubles ($328 million), according to official figures.

Once bitter foes during the Cold War, Moscow and Beijing have over the past years ramped up political and economic cooperation as both are driven by a desire to counterbalance what they see as US global dominance.

Trade between Russia and China, which share a 4,250-kilometre border, has flourished since the normalisation of relations between the two giants in the late 1980s, but has always come up against the region's lack of transport infrastructure.