The computers could then assist experts by pointing out in real time where, in an ocean of data, could they focus their attention in order to detect the onset of severe weather. 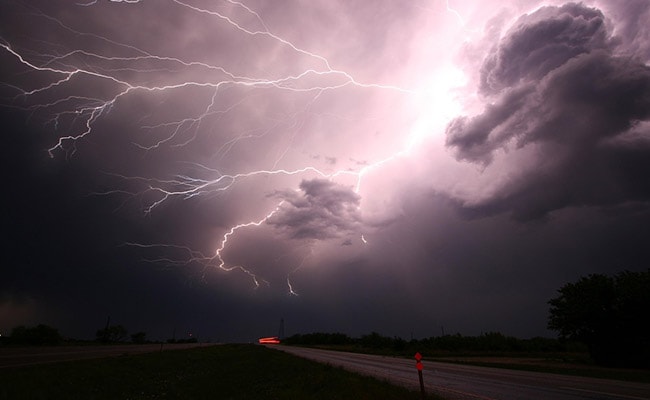 Using Artificial Intelligence (AI), researchers have developed an algorithm to detect cloud formations that lead to storms, hurricanes and cyclones.

The study, published in the journal IEEE Transactions on Geoscience and Remote Sensing, shows a model that can help forecasters recognise potential severe storms more quickly and accurately.

The researchers created a framework based on Machine Learning (ML) -- a kind of AI -- that detects rotational movements in clouds from satellite images that might have otherwise gone unnoticed.

"The very best forecasting incorporates as much data as possible, there's so much to take in as the atmosphere is infinitely complex. By using the models and the data we have, we're taking a snapshot of the most complete look of the atmosphere," said Steve Wistar, Senior Forensic Meteorologist at AccuWeather in the US.

For the study, researchers analysed more than 50,000 US weather satellite images and identified and labelled the shape and motion of 'comma-shaped' clouds.

These cloud patterns are strongly associated with cyclone formations which can lead to severe weather events including hail, thunderstorms, high winds and blizzards, they said.

The computers could then assist experts by pointing out in real time where, in an ocean of data, could they focus their attention in order to detect the onset of severe weather.

"Because the 'comma-shaped' cloud is a visual indicator of severe weather events, our scheme can help meteorologists to forecast such events," said study lead author Rachel Zheng from Penn State University in the US.

The researchers found that their method can effectively detect 'comma-shaped' clouds with 99 per cent accuracy, at an average of 40 seconds per prediction.

This research is an early attempt to show feasibility of AI-based interpretation of weather-related visual information.