"Nothing Will Stop Us," Tweeted Woman Before She Was Shot Dead At Capitol

US Capitol Attack: Violence erupted in the US legislature after hundreds of protesters seeking to overturn Trump's election loss swarmed the building in Washington. 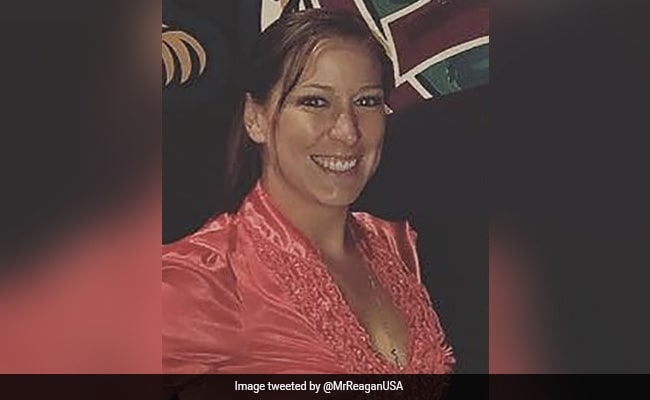 The woman who was fatally shot as Donald Trump's backers stormed the US Capitol Wednesday was Ashli Babbitt, a "strong supporter" of the president who had served in the United States Air Force, according to press reports.

Violence erupted in the normally solemn home of the US legislature after hundreds of protesters seeking to overturn Trump's election loss swarmed the building in Washington.

"She was a strong supporter of President Trump," the report added, saying the woman was from the San Diego area in southern California.

Washington police confirmed a death, but have not identified the deceased nor offered details on the circumstances of the shooting, which is now under investigation.

She was shot amid chaotic and violent scenes inside the Capitol building, where some security personnel drew their guns as protesters advanced.

She died shortly after being wounded, Washington police said without elaborating.

TV channel Fox 5 reported Babbitt owned a business in San Diego with her husband, who did not come with her to Washington.

"I really don't know why she decided to do this," her mother-in-law reportedly told the station.

Babbitt identified herself as a veteran on her Twitter account and noted her love for the US. She had recently retweeted messages in support of Trump and from those coming to Washington for Wednesday's rally.

"Nothing will stop us....they can try and try and try but the storm is here and it is descending upon DC in less than 24 hours....dark to light!", she wrote in a tweet on Tuesday.