Not Aware Of Any Request By US Over "Violation" Of F-16 Pact: Pak Envoy

The US State Department has said that America is seeking more information from Pakistan on the potential misuse of American-made F-16 fighter jets by it against India in violation of the end-user agreement. 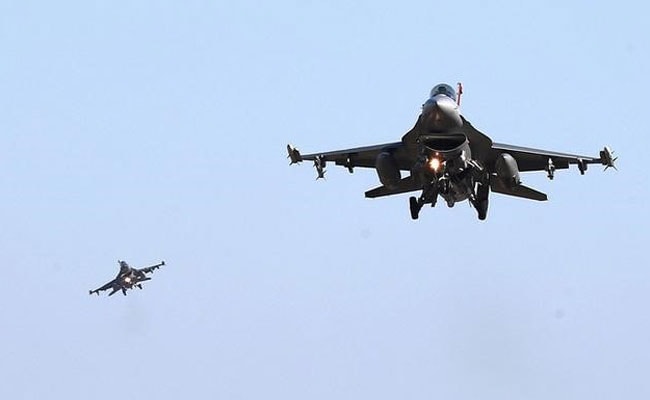 Pakistan's ambassador to the US Asad Majeed Khan has said he is not aware of any request made by the US about the use of F-16 fighter jets by his country in the recent aerial confrontation with India.

Pakistan on Wednesday said that no F-16 fighter jets were used, and denied that one of its planes had been shot downed by the Indian Air Force.

The US State Department has said that America is seeking more information from Pakistan on the potential misuse of American-made F-16 fighter jets by it against India in violation of the end-user agreement.

"On F-16, I don't know, India has been saying so many other things. We don't get into every single one of them. I am not aware of any request from the US side about the F 16," Mr Khan told a Washington audience at the US Institute of Peace, a US Congress-funded think-tank, on Monday.

Asked about the media reports saying that US is seeking more information on the misuse of F-16 by Pakistan against India in a potential violation of the end-user agreement, he said: "I think the question is whether Pakistan is prevented by (end-user-agreement)".

"I have not seen those end user agreements. I am not a position to comment on that," the top Pakistani diplomat said.

The US, which is the largest seller of high-tech defence equipment globally and has a strong end-user monitoring agreement, as a matter of practice takes all allegations of misuse of defence articles very seriously.

Mr Khan said that that the US of late had played an important role in counselling restraint between the two countries.

"In terms of chemistry, I don't know if there was any chemistry to begin with (between Prime Minister Narendra Modi and his Pakistani counterpart Imran Khan)," he replied when asked about the relationship between the two leaders.

As leaders of two big countries, it is not the chemistry that should determine, but the need, he said.

Tensions between India and Pakistan flared up after a suicide bomber of Pakistan-based Jaish-e-Mohammed (JeM) exploded over 60 kg of RDX, killing more than 40 soldiers in Jammu and Kashmir's Pulwama district on February 14.

India launched a counter-terror operation in Pakistan's Balakot on February 26.

The next day, Pakistan Air Force retaliated and downed a MiG-21 and detained its pilot, Wing Commander Abhinandan Varthaman, who was handed over to India on Friday.