David Trimble helped forge the landmark 1998 peace deal in the troubled UK province which ended decades of conflict, and won the prize along with his republican counterpart John Hume that year. 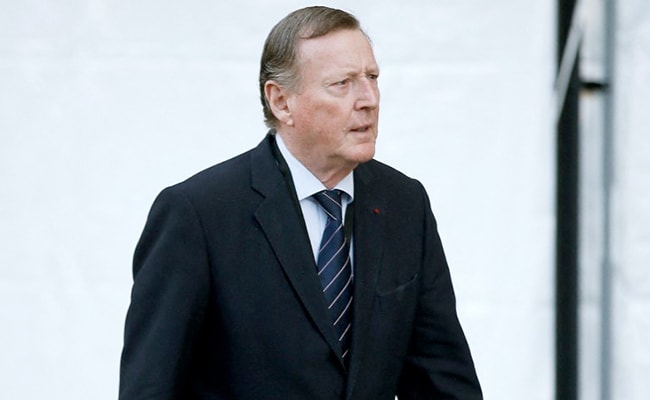 David Trimble has died at the age of 77, his Ulster Unionist Party (UUP) said on Monday.

Trimble helped forge the landmark 1998 peace deal in the troubled UK province which ended decades of conflict, and won the prize along with his republican counterpart John Hume that year.

"It is with great sadness that the family of Lord Trimble announce that he passed away peacefully earlier today following a short illness," the UUP said in a statement.

No further details were provided about his death.

Trimble, who led the party for a decade from 1995, had sat in the House of Lords, the upper chamber of the UK parliament, since 2006, sitting as a Conservative peer.

"A political giant, a courageous politician, a staunch unionist and a friend," Doug Beattie, the current UUP leader, said on Twitter, adding in a statement he was "a man of courage and vision".

The 1998 Good Friday accord largely ended 30 years of conflict in Northern Ireland that killed 3,500, and is still hailed as a shining example of statecraft.

Despite resistance within his unionist community, which favours bonds between Northern Ireland and mainland Britain, Trimble brought his cohort to the table in long-fraught peace talks.

As part of the peace process he became the party's first leader in 30 years to meet with the Irish premier in Dublin and in 1997 he became the first unionist leader since partition to negotiate with the republican party Sinn Fein.

Brandon Lewis, who resigned as the UK government's Northern Ireland secretary earlier this month, called him "a brilliant statesman and dedicated public servant".

"His legacy as an architect of the Good Friday Agreement will live on forever," he tweeted.

"The people of the UK owe him an immense debt of gratitude for all he achieved for our Union."