North and South Korea announced that they would seek an agreement to establish "permanent" and "solid" peace on the peninsula. 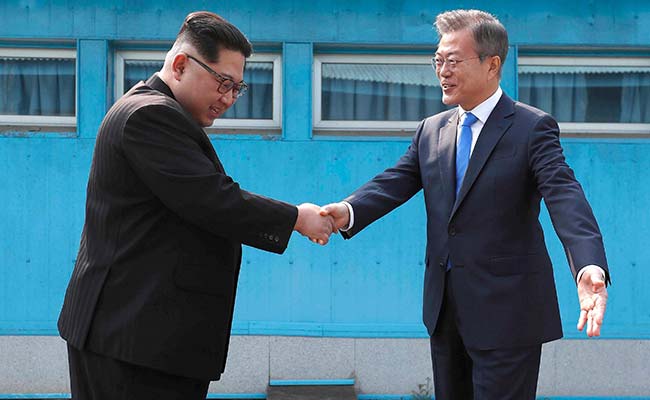 SEOUL:  The leaders of North and South Korea signed a declaration on Friday agreeing to work for the "complete denuclearisation of the Korean peninsula".

At their first summit in more than a decade, the two sides announced they would seek an agreement to establish "permanent" and "solid" peace on the peninsula.

The declaration included promises to pursue military arms reduction, cease "hostile acts," turn their fortified border into a "peace zone," and seek multilateral talks with other countries, such as the United States.