North Korea "Has Enjoyed Blanket Protection" From China, Russia At UN: US

The 15-member council met on Wednesday on North Korea after nuclear-armed North Korea test-fired a ballistic missile on Tuesday that soared over Japan for the first time in five years. 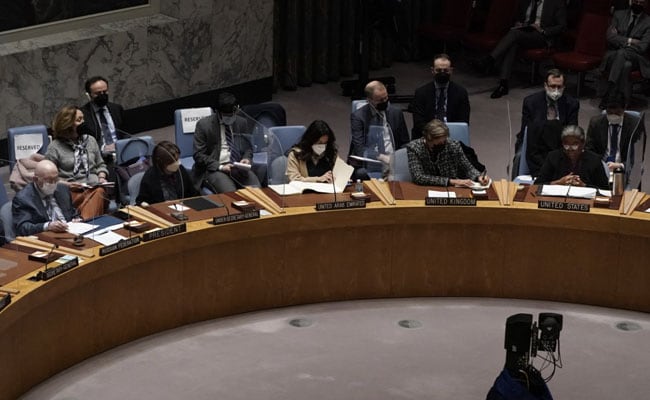 The 15-member council met on Wednesday on North Korea after nuclear-armed North Korea test-fired a ballistic missile on Tuesday that soared over Japan for the first time in five years and prompting a warning for residents there to take cover.

China and Russia did not want a public council meeting, arguing that it would not be conducive to easing the situation.

"Discussions and deliberations should contribute to a detente, rather than fueling escalation. They should promote the resumption of dialogue instead of widening differences and forge unity instead of creating divisions," he said.

In May, China and Russia vetoed a U.S.-led push to impose more U.N. sanctions on North Korea over its renewed ballistic missile launches, publicly splitting the U.N. Security Council for the first time since it started punishing Pyongyang in 2006.

"We are convinced that the U.N. and Security Council mechanisms need to be used to support the inter-Korean dialogue and multilateral negotiations rather than becoming an impediment to them," she said.

North Korea has for years been banned from conducting nuclear tests and ballistic missile launches by the Security Council, which has strengthened sanctions on Pyongyang over the years to try and cut off funding for those programs.

In recent years, veto powers China and Russia have suggested U.N. sanctions on North Korea be eased for humanitarian purposes and to entice Pyongyang back to stalled international talks aimed at persuading Kim to denuclearize.

"This is a clear effort by China and Russia to reward DPRK for their bad actions and cannot be taken seriously by this council," said Thomas-Greenfield, referring to North Korea's formal name - the Democratic People's Republic of Korea.

China and Russia blamed joint military exercises by the United States and South Korea for provoking North Korea. Thomas-Greenfield rejected the remarks, saying there is "no equivalency between these two activities."