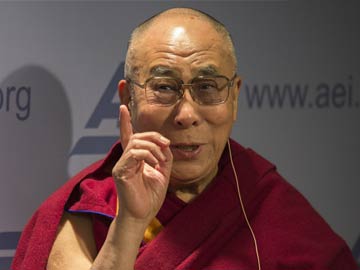 Dharamsala: The World Summit of Nobel Peace laureates, scheduled for this month in South Africa, has been cancelled and shifted out of the country, owing to the denial of a travel visa to Tibetan spiritual leader the Dalai Lama.

"The summit has been cancelled after the woman Nobel laureates boycotted the event protesting South Africa's denial to grant the Dalai Lama a travel visa. It is now being shifted out of South Africa because enough of NPLs refused to go," Williams, the 1997 Nobel Peace Prize winner, said.

Another Nobel laureate Shirin Ebadi (Iran's first female judge), who was awarded coveted prize in 2003, said, "there is a history of fight against racial discrimination in South Africa, and we never expected this country will deny visa to the Dalai Lama."

"I am surprised over the stoic silence of Desmond Tutu. I know he is not a part of the government, but he's not making his views public," Ebadi said.

Meanwhile, Lobsang Sangay, Tibetan Prime Minister-in- exile told that people will come to know about the new venue by Thursday.

It was to be hosted by two surviving South African Nobel laureates Tutu and de Klerk.