"No Kerosene, No Food": Sri Lanka's Fishermen Struggle To Survive 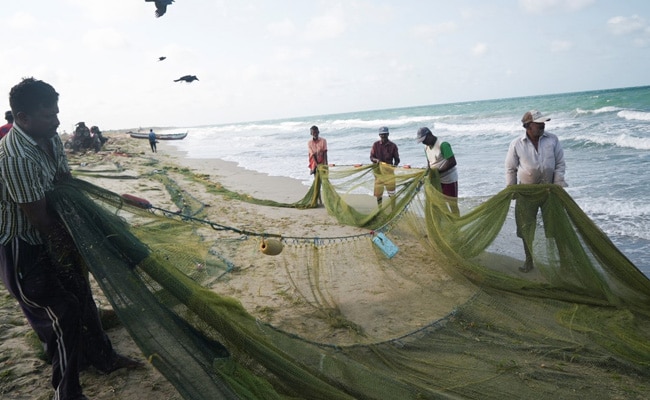 As the sun rose over Sri Lanka one morning in late August, around a dozen fishermen were laying out their nets on a beach in Mannar, a small island just off the country's northwestern coast, the start of the day's work.

But many other fishermen in the community are unable to go to sea at all, crippled by the country's devastating economic crisis, the worst it has faced since independence in 1948.

Fuel shortages and runaway inflation mean they are struggling to procure kerosene oil, needed to power the boats that provide their livelihood. 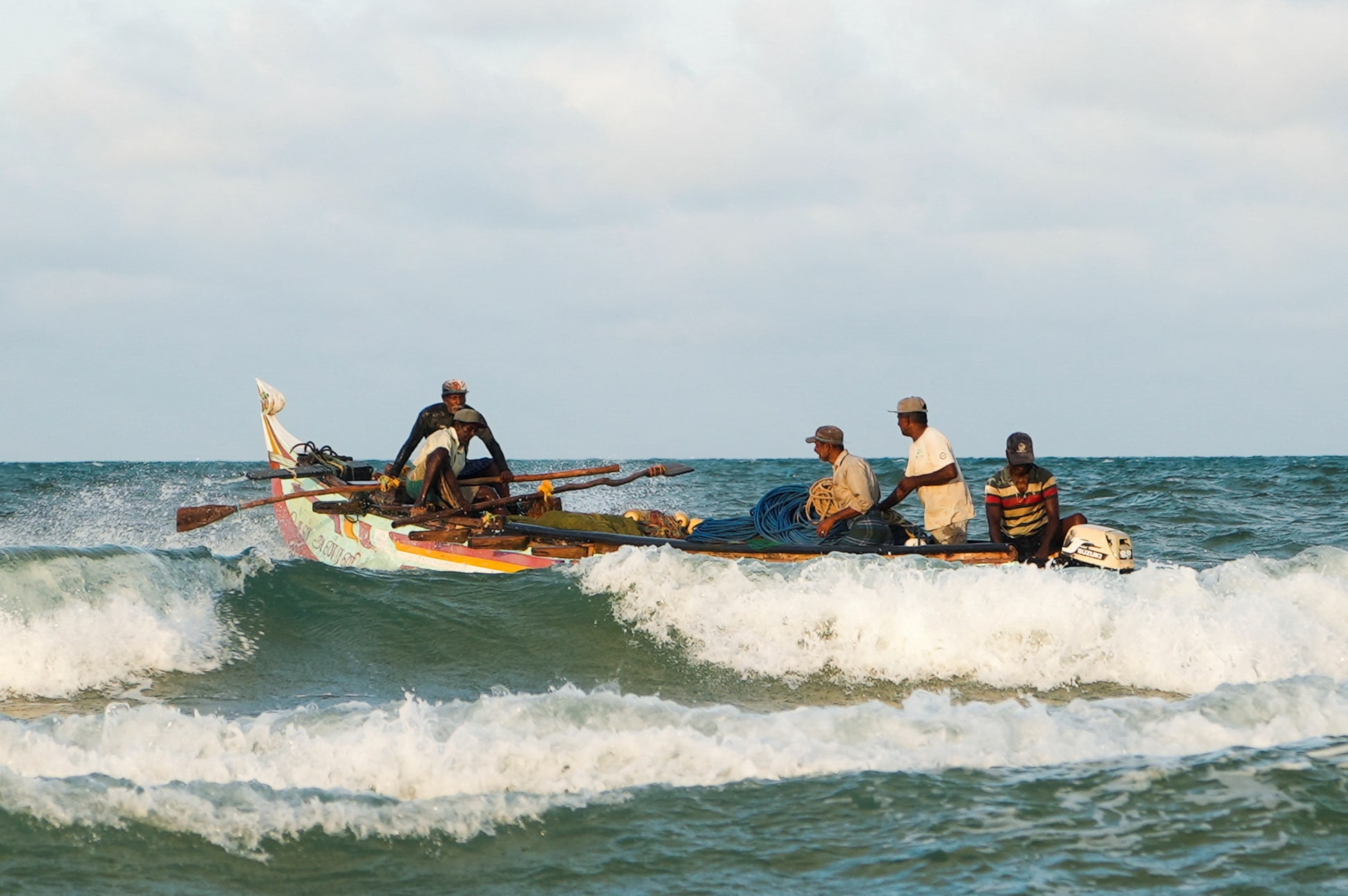 A group of local fishermen head out to sea

"We only get work if we come to the sea, otherwise we don't get any. We're starving," he said, speaking in the Tamil language.

Due to his age, Sornam, who was already struggling for food before the economic crisis began, no longer goes out to sea but had come to the Thalvapadu beach to help with collecting and sorting the catch of fishermen who do manage to set out.

But the shortage of kerosene has meant that others who usually would go out in boats of their own have now taken up similar work, and so where there used to be 15 workers per boat, there are now 40.

Since profits are distributed, Sornam's earnings have plunged - he says he now sometimes gets 250 Sri Lankan rupees (about 70 U.S. cents) a day, against about double that in better times.

That doesn't go far with inflation currently at about 65 per cent year-on-year and food inflation at nearly 94 per cent.

For months, no kerosene was available at all in Mannar as the country's foreign exchange reserves dried up and it was unable to import crude for its refineries. When supplies resumed just a couple of weeks ago, kerosene prices were nearly four times as high, as Sri Lanka began dismantling fuel subsidies.

"We don't need luxury goods like petrol and diesel. For our essential work, all we need is kerosene," said Raja Cruz, the owner of the boat Sornam had come to help out with.

He said some families in the areas had fled to India - less than 30 km (20 miles) from the northernmost point of Mannar island - in the hope of better prospects.

"Kerosene price revision was a must for many years," Sri Lanka's minister for power and energy, Kanchana Wijesekera, said in a tweet last month. "With prices now on par with costs, the Govt has proposed a direct cash subsidy to low income families, fisheries & plantation sectors that depend on kerosene."

But families in Mannar are yet to receive any handouts, Cruz said.

Cruz also said fishermen believed wind turbines on Thalvapadu beach had driven fish away from the shore because they produced a humming sound. Due to the kerosene shortages, the fishermen couldn't go far out to sea, and so had to be content with smaller catches.

Sarath Chandranayaka, a local Fisheries Department official, said authorities were aware of the allegations and were collecting data, but nothing had yet been proven.

Chandranayaka also said 60 per cent of Mannar's needs were now being met after kerosene supplies resumed but there could a further shortfall in high fishing season later in the year when the demand for fuel surges.

Cruz said many fishermen had resorted to "small-scale work" such as catching crabs near the shore to earn a living. 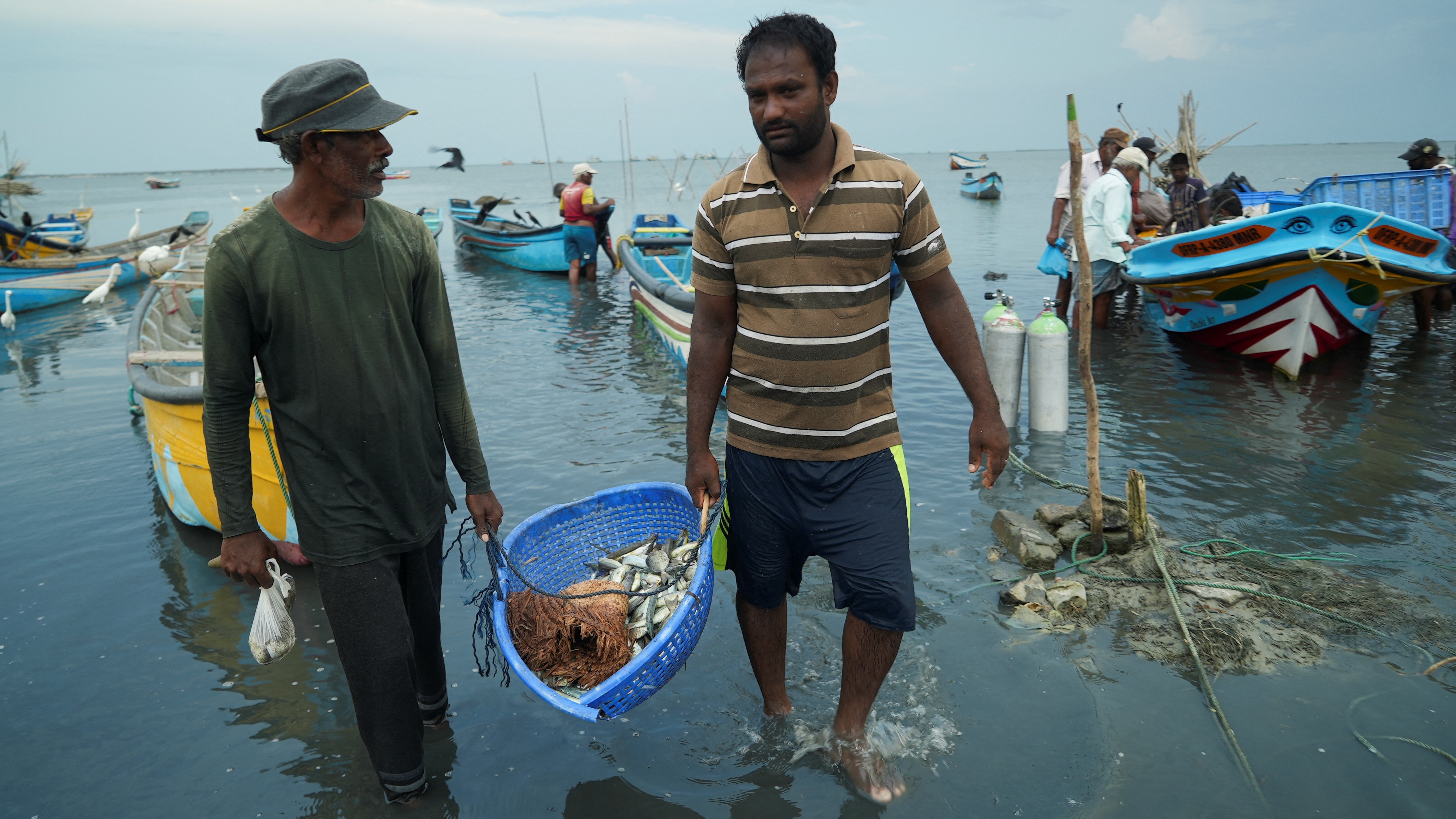 Although the recent distribution of kerosene has provided some relief, Cruz said the increased price has meant tough decisions for fishermen, who also struggle to purchase basic necessities and food items due to the high levels of inflation.

Just before sunset, as the boats returned, more than one was being rowed back to shore, to save on fuel.

Peter Jayem Alan, who used to join other fishermen on kerosene-powered boats, said he has switched to rowing to make a living.

"Before, we had kerosene, so there was no issue, we went out," Alan said. "Now because of difficulties in getting kerosene, we have to struggle and row instead."

Several fishermen who don't have their own boats join others and receive a share of the profit each day. 35-year-old Ebert Rajeevan works in this way, and sometimes takes up other manual work onshore to survive.

"The thing with us at the moment is if we have kerosene, then we have work every day. If there's no kerosene, then today you see I went with these people, tomorrow I'll have to ask someone else," Rajeevan said.