No Change for Now in Cuba Migration Policy: US 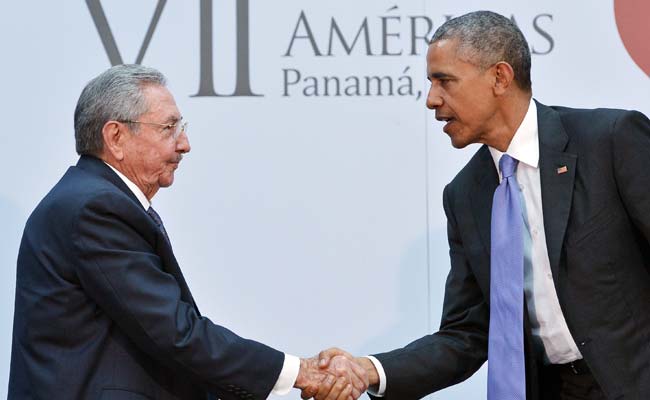 Washington: Washington has no current plans to modify its Cuban migration rules after the Cold War foes announced the re-establishment of diplomatic ties from July 20, officials said Monday.

A 1966 law gives the US attorney general the discretion to offer any citizen of Cuba admission and permanent residence in the US after spending one year in the country, with no yearly quota on immigrants.

"The administration has no plans to alter current migration policy, including the Cuban Adjustment Act," the State Department said in a statement.

According to a fact sheet, the United States "continues to support safe, legal and orderly migration from Cuba," as well as "the full implementation of the existing migration accords" with the Communist-ruled island nation.

Cuban migration to US shores has surged since the historic bilateral thaw announced in mid-December, amid uncertainty over the future of the migration policy.

US figures show the number of Cuban migrants doubled in the first three months of 2015 compared to the same period last year.

As for the economic restrictions, the 1962 "embargo on Cuba is still in place and legislative action is required to lift it," the State Department noted.

The current rules on travel to Cuba by US citizens also remain in effect, it said, noting the US Treasury Department still licenses 12 categories of authorized travel to Cuba.

Washington and Havana last week announced their decision to restore diplomatic ties that had been frozen for more than half a century.

Their respective embassies are due to open on July 20.

"Normalizing relations is a long, complex process that will require continued interaction and dialogue between our two governments," the State Department said.

"We will have areas of cooperation with the Cubans, and we will continue to have differences."