Prime Minister Jacinda Ardern had to defend her work-life balance after she announced that she and her deputy would take separate flights to a Pacific Islands summit so she could breastfeed. 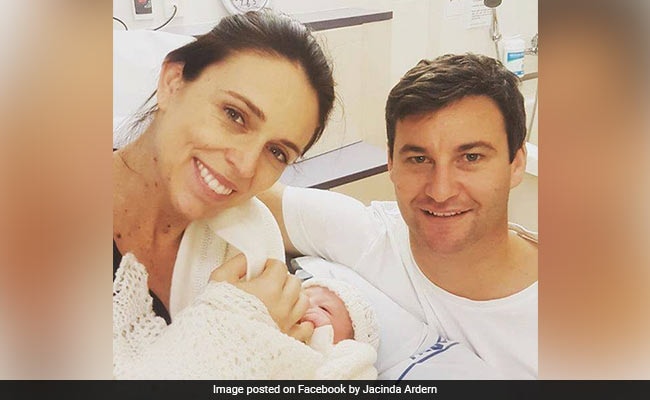 Jacinda Ardern is one of only two elected world leaders to have given birth while in office.

New Zealand Prime Minister Jacinda Ardern is one of only two elected world leaders to have given birth while in office. Her daughter, Neve Gayford, was born in June, and Ardern returned from maternity leave early last month.

And this week, she has already had to defend her work-life balance after she announced that she and her deputy would take separate flights to a Pacific Islands summit so she could breastfeed.

Ardern, 38, is scheduled to attend the Pacific Islands Forum in Nauru on Wednesday for a meeting of leaders from the South Pacific. Her deputy, Winston Peters, who briefly took over for Ardern while she was on maternity leave, flew to the meeting earlier. But Ardern needed to stay behind to breastfeed her baby, and will join him there later in the week.

Her decision to fly separately from Peters will cost around $50,000 in fuel, the New Zealand Herald reported. And some apparently think that she should have traveled with Peters or not traveled at all. On social media, some have questioned whether her presence was really necessary at the meeting, or whether her deputy would have been sufficient. Others have defended her for taking care of her family and her job.

"If I didn't go, I imagine there would have been equal criticism," she told the Herald. "Damned if I did and damned if I didn't."

Ardern's daughter is only 11 weeks old, making her too young for the vaccinations required for her to travel to Nauru, which is a nearly six-hour flight from New Zealand. But the Kiwi leader plans to bring her daughter along to the United Nations General Assembly in New York this fall.

This week, she told the New Zealand Herald that she did everything she could think of to avoid spending additional cash on her separate flight to Nauru. "I even went to the extent of checking whether or not I could hitch a ride with Australia," she said.

But in the same paper, columnist Barry Soper criticized the prime minister for spending taxpayer money on her trip and suggested that her counterparts would have understood if she had to miss the engagement. "If Ardern decided not to go because of baby Neve, surely the family focused Pacific leaders, more than any others, would have understood," he wrote, adding that Scott Morrison, the new Australian prime minister who took over after Malcolm Turnbull resigned last month, will also not attend the forum.

In an interview on TVNZ1, Finance Minister Grant Robertson said "it's not actually any additional cost to the taxpayer."

"This is an aircraft and a crew who would be working anyway," he said. "We allocate a certain amount of money to them each year, so it's either this flight or another flight."

Robertson also defended Ardern's efforts to find a solution this week, and said the decision to fly separately "is a way of making it work."

Ardern was the first woman to give birth while holding elected office since Pakistani Prime Minister Benazir Bhutto in 1990. Bhutto, who was killed in 2007, decided to keep her pregnancy secret while she was in office, and returned to work soon after delivering the baby. "Only later did I learn that I was the only head of government in recorded history actually to give birth while in office," she wrote after the baby's birth, according to the BBC.