New Zealand Lockdown: Prime Minister Jacinda Ardern announced New Zealand would from late Monday move down to virus level one in its four-tier alert system, except for Auckland, where the country's most recent outbreak emerged. 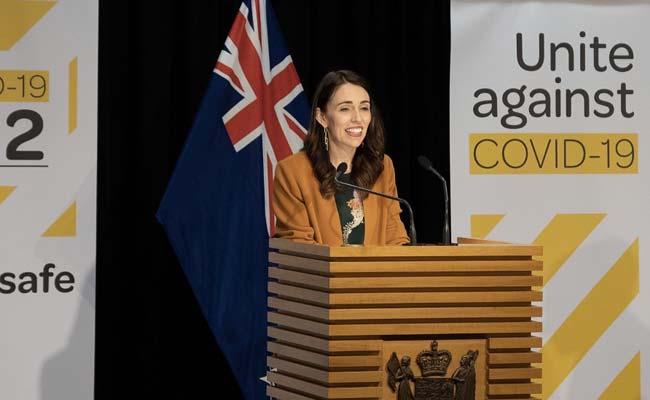 Ardern announced New Zealand would from late Monday move down to virus level one in its four-tier alert system, except for Auckland, where the country's most recent outbreak emerged.

"Our actions collectively have managed to get the virus under control," said Ardern, whose government has been widely praised internationally for its coronavirus response.

The decision means that mass gatherings, such as the first Bledisloe Cup rugby Test between the All Blacks and Australia in Wellington on October 11, can proceed without restrictions.

New Zealand has recorded just 25 deaths in a population of five million, with no new cases reported on Monday.

The virus was believed to have been eradicated at one point, with the country enjoying 102 days without community transmission after a strict national lockdown that ran from late March to late May.

"Analysis completed for the ministry of health suggests that by the end of this month, there is still a 50-50 chance of having eliminated Covid once again," she said.

But she said Auckland "needs more time" to eliminate a stubborn cluster of infections that was detected last month in the city of 1.5 million.

"This was the centre of the outbreak and that's why caution is required here," she said.

The origin of the Auckland cluster remains unknown, but health authorities say it is not the same strain of the virus experienced earlier this year.

Despite the mystery, Ardern said extensive testing and effective contract tracing were keeping it contained.

Auckland's alert will move down slightly from 2.5 to two on Wednesday, meaning the maximum number at social gatherings increases from 10 to 100.

The city's virus setting will be reviewed in two weeks, with the possibility it could join the rest of the country at level one on October 7.