New York's Skyline Suddenly Lit Up With A Blue Glow

New York City Police said it appeared a transformer had exploded at a power facility in the Astoria neighborhood of Queens borough. 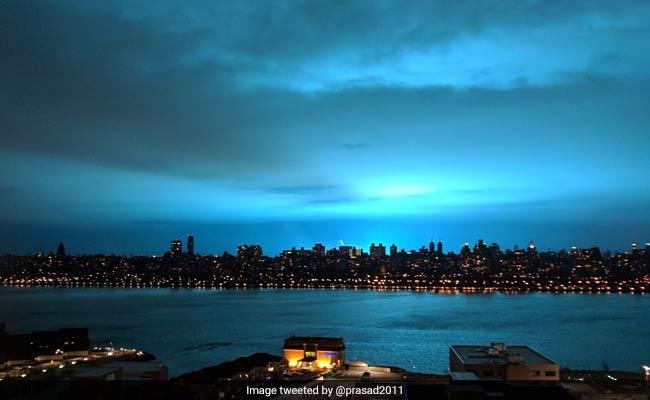 Reports said the fire at the Con Edison facility in Astoria in Queens, New York had been contained.

Like a scene straight out of a sci-fi movie, the skyline of New York was lit up in an eerie shade of blue after an incident at power facility in Queens on Thursday night, alarming residents and sparking reactions on social media.

The incident also forced the city's LaGuardia airport to temporarily shut down.

The New York Police Department said it appeared that a transformer had exploded at a campus operated by Consolidated Edison, a major energy company in the US. The fire had been brought under control, it added.

ADVISORY: The lights you have seen throughout the city appear to have been from a transformer explosion at a Con Ed facility in Queens. The fire is under control, will update as more info becomes available. Follow @fdny, @NYPD114pct and @conedison. pic.twitter.com/fdzQKs1wVV

Con Edison also confirmed that a fire had broken out at their facility.

We're working with the @FDNY to respond a substation fire in Astoria and will provide updates as soon as we have more information. AQ

City Council Speaker Corey Johnson tweeted that the LaGuardia Airport was “temporarily closed due to a power outage resulting from the Con Edison explosion.”

What are with all these lights in New York? Am I living in a sci-fi film/TV show? pic.twitter.com/soEP8D57LL

It wasn't immediately clear if anyone was hurt in the transformer explosion or how many people were left without power, local media reported.